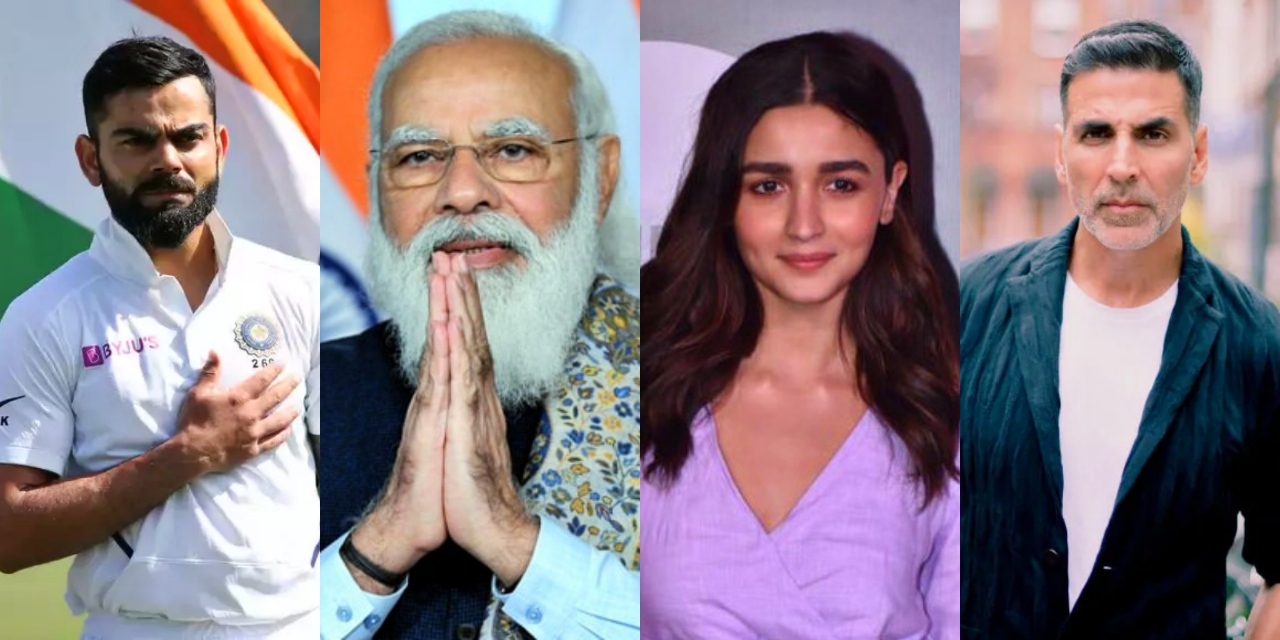 Today, Instagram is the most engaged social media platform in the world. The photo and video sharing app is a major advantage for brands and influencers. As of 2021, Instagram has more than 500 million daily active users. There was a time when social media was limited to connect with fans. But with the growth of the number of users, it has become a source of promotion for celebrities. In 2021, Virat Kohli has the most Instagram followers in India and he earns in crore for a single paid post. More the followers highest will be the sponsorship.

Virat Kohli (92.59 Million): The current captain of the Indian cricket team is very much active on the platform. He is far ahead of any other celebrity in the country. The 31-year old is on a record-breaking run on the app. He is the first Indian to reach 90 million Instagram followers while no other Indian has yet crossed the 60 million mark. The right-handed batsman uses his account for brand endorsement. According to Forbes magazine, he makes approximately ₹2.2 crore per paid post which s most for an Indian.

Priyanka Chopra (59.93 Million): The actress and former Miss World has 2nd most followers on Instagram in India. After winning the beauty pageant in 2000, Priyanka started her career in Bollywood and received accolades. At a time, she was the highest-paid Indian actress. She is now just 1 lakh followers away from becoming the 2nd Indian to reach 60 million followers. Priyanka is now also active in Hollywood so her fan following also includes Hollywood fans. Marrying American actor and singer Nick Jonas is another reason behind her increasing fan-following.

Shraddha Kapoor (57.63 Million): the 33-year old actress has gained massive popularity among the young generation in a short period of time. The daughter of veteran actor Shakti Kapoor has worked in more than 20 Bollywood films. She remains active in social media as she uploads posts and stories regularly, be of the reason behind the healthy engagement of her account. With more than 57 million fans, she is the person with 3rd most Instagram followers in India.

Deepika Padukone (52.9 Million): Deepika is the highest-paid Indian actress as of 2021. Her popularity is not limited to India. The actress has also tried her luck in Hollywood when she co-starred with Vin Diesel. Her recent movies have done great at the box office. She loves to keep in touch with fans through Instagram and it also helps her in brand and movie promotion.

Neha Kakkar (51.86 Million): Neha is the most followed singer in the country on photo-sharing service. She has gained popularity through her viral songs on Youtube and also Tiktok helped her in fetching followers on Instagram. When Tiktok shut down in India she had more than 17 million followers.

Narendra Modi (50.93 Million): No politician can ever match the popularity of the current Prime Minister of India. Narendra Modi recently crossed 50 million followers in India also making him the first Indian politician to reach so. PM Modi is one of the reasons behind the digital revolution in the country. After the Digital India initiative of the government, the country has seen a huge spike in the number of internet users.

Alia Bhatt (50.71 Million): The actress recently faced criticism and got the tag of Nepokid. Alia lost half a million followers post Indian fans’ outrage at her video where she allegedly made fun of Sushant Singh Rajput. However, that has not affected the actress’s account in any way. She is one of 7 Indians with 50 million followers on Instagram.

Jacqueline Fernandez (47.77 Million): However, Jacqueline is Sri Lankan, she is mainly active in the Indian film industry. She started her career as a dancer in Bollywood and later got success as an actor. At present, she has more than 47 million followers.

Katrina Kaif (46.21 Million): England born actress is now active in Bollywood for 15 years. She is one of the highest-paid actresses in the industry. Katrina has worked with top actors like Salman Khan, Shahrukh Khan, Aamir Khan and Akshay Kumar. She is very much active on all the social media platforms. Katrina Kaif ranks at no.10 on the list of most Instagram followers in India.