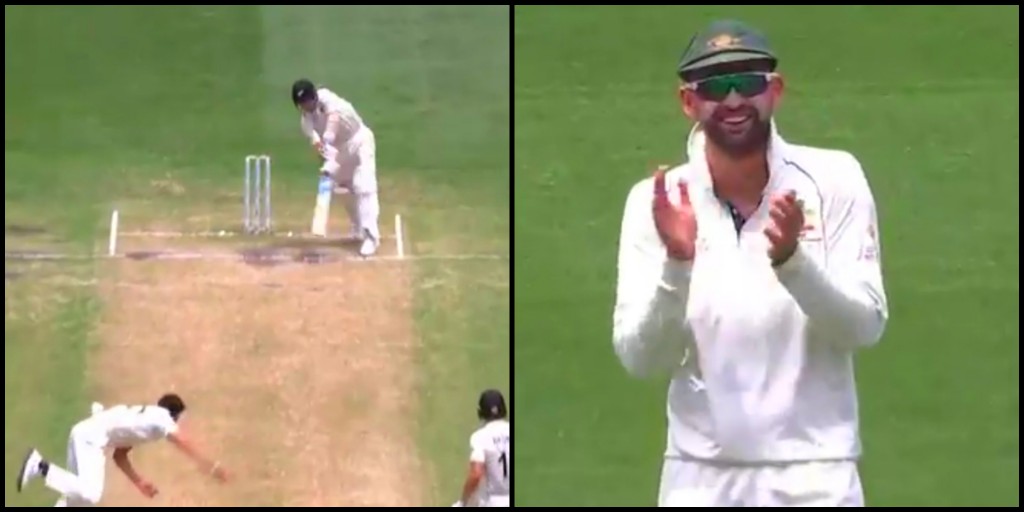 Currently, two boxing day test matches are being played. One is between Australia-New Zealand at Melbourne and the other one is between South Africa-England at Centurion. Australia and New Zealand’s match is turning out to be one-sided as Australia have shown complete domination with both bat and ball.

New Zealand captain Kane Williamson won the toss and elected to bat first. New Zealand had a great start as Trent Boult removed opener Joe Burns in his first over. However, this is the only positive for the Kiwi side in this match so far. The Australian side went on to put a mammoth 467-run total on the board. Travis Head scored his 2nd test ton during the innings.

Trent Boult Made The Ball Disappear

But things got worse for the Kiwi side when they came to bat. Pat Cummins 5-wicket haul helped Australia to collapse New Zealand on 148. Only Tom Latham could reach the 50-run mark. During the innings, Trent Boult displayed a hilarious moment.

It all happened during the 53rd over of the innings. Mitchell Starc delivered a ball on Boult’s legs. He moved away from the line of the ball and the ball took an edge and it got stuck between his left pad. Australian side looked confused as the ball suddenly disappear. Trent Boult started searching the ball and this hilarious reaction made the Australian side puzzled. However, Short-leg fielder had spotted the ball in Trent Boult’s pad. Nathan Lyon and non-striker Niel Wagner were seen bursting into laughter.

Meanwhile, the Australian side is holding a strong position in the match. At the end of 3rd day, Kangaroos are leading by 456 runs. In the 2nd innings, they are playing on 137 runs after the loss of 4 wickets. Winning this test is now hardly possible for New Zealand. Meanwhile, one more bad news for New Zealand side is Trent Boult will be missing the rest of this test match and third test. He ruled out with a fractured finger.