Netizens are calling for major changes after India's humiliating loss against Pakistan. 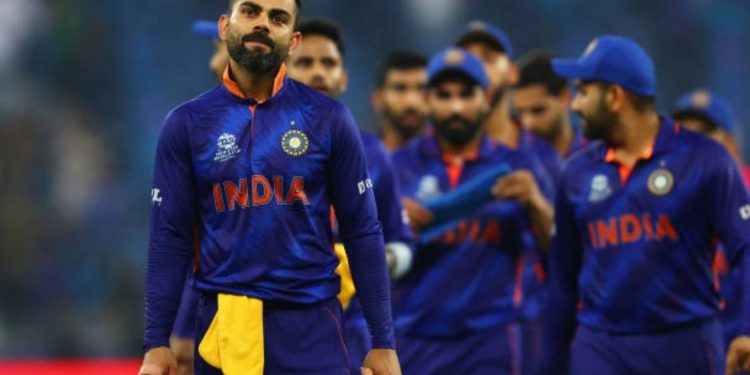 October 24, 2021, was a night that every Indian cricket fan was waiting for. After all, India was going head-to-head with their arch-rivals Pakistan. That too, after a four-year-long hiatus. Every Indian was expecting Kohli and his men to trample the under-experienced Pakistan side they were up against.

However, the outcome was exactly the opposite. Pakistan crushed India by 10 wickets after India put an under-par total of 151 runs. With that being said, let us look at two potential changes Indian management may make ahead of their clash against New Zealand.

1. Kishan In, Hardik Out

Eyebrows were raised when Hardik Pandya was selected in India’s 15-man squad. Hardik played 12 matches in IPL 2021, scoring 127 runs at an average of 14. Timing aside, he struggled to put bat-on-ball. Tryst with injuries stops from bowling a single over.

On the other hand, Ishan Kishan scored consecutive fifties in Mumbai’s last two IPL clashes. It included a whirlwind 32-ball-84. Add to that his seventy-odd in the warmup game against England, he definitely deserves to play ahead of Pandya the batsman. Kishan also adds to the left-right dynamic and unlike Hardik, Kishan can play as a floater.

2. Shardul In, Bhuvi Out

For Shardul Thakur, bowling double-wicket overs is a habit. Contrastingly, it’s a miracle if Bhuvneshwar Kumar manages to take even a solitary wicket. Mo Ali tore Bhuvi apart in the first warmup game and he went wicket-less against Pakistan too. While Bhuvi took just 6 wickets across all his matches in IPL 2021, Shardul took 21. He ended up 4th on the season’s wicket-taker list.

Also, Shadul can play handy cameos with the bat. Someone has to make way to accommodate him. Why Bhuvi? Well, he’s the only one who is severely out of form. Mohammed Shami was highly impactful in the IPL and Bumrah… Well, he is Bumrah.

A loss against Williamson’s men has the potential to end India’s World Cup 2021 campaign. Both Pakistan and New Zealand are expected to beat other ‘weaker’ group-mates. Therefore, experts and fans alike are calling for radical changes. However, the decision-making rests solely with the team management. Only time will tell whether they’ll make any changes or not.