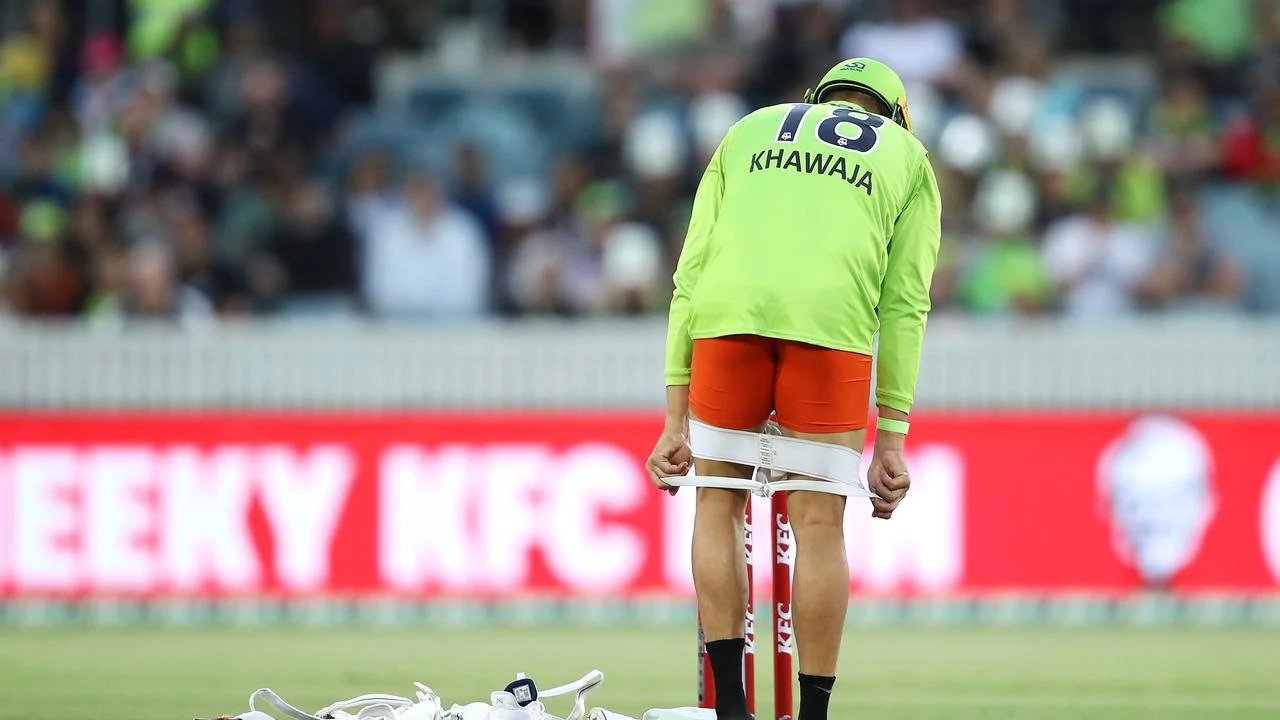 Every year, Big Bash League gives plenty of moments for the viewers to cheer, laugh and enjoy. The tournament first started in 2011 and since then has enjoyed a great fan following. The 2020-21 edition was full of jaw-dropping moments as well. However, in the knockout game on 31st Jan, Usman Khawaja was involved in a rather awkward moment.

Sydney Thunders and Brisbane Heat locked horns to secure a place in the Challenger game which is going to take place on 04th Feb. The winner of the challenger game will be up against the first finalists Sydney Sixers. Brisbane Heat opted to field upon winning the toss and their decision turned out to be a good one as they didn’t allow their opponent to reach even the 160-run mark.

Usman Khawaja takes his pants off

However, the focal point of the match was the moment when the Thunders’ batsman Usman Khawaja opened his pants in the middle of the ground to change his lower abdomen guard. The viewers were left dumbstruck when they saw Khawaja taking his pants off in front of the whole crowd. Even the commentators were in splits and couldn’t stop themselves from expressing their amazement at the same.

Have … have you ever seen this before 😂

Usman Khawaja had to change everything – on the field! 🙈#BBL10 pic.twitter.com/XOKsXkhLVS

The incident took place in the 9th over of the first inning when the game had to be halted momentarily as Khawaja needed to change his abdomen guard. The whole scene was visible for the audience on the big screen. The video of this humorous episode was shared by 7Cricket on their Twitter handle.

Brisbane Heat came out victorious after the end of the game as they easily achieved their target and won the match by 7 wickets. They are one step closer to the BBL Trophy now and will be battling against Perth Scorchers on 04th Feb to secure a berth in the finals.