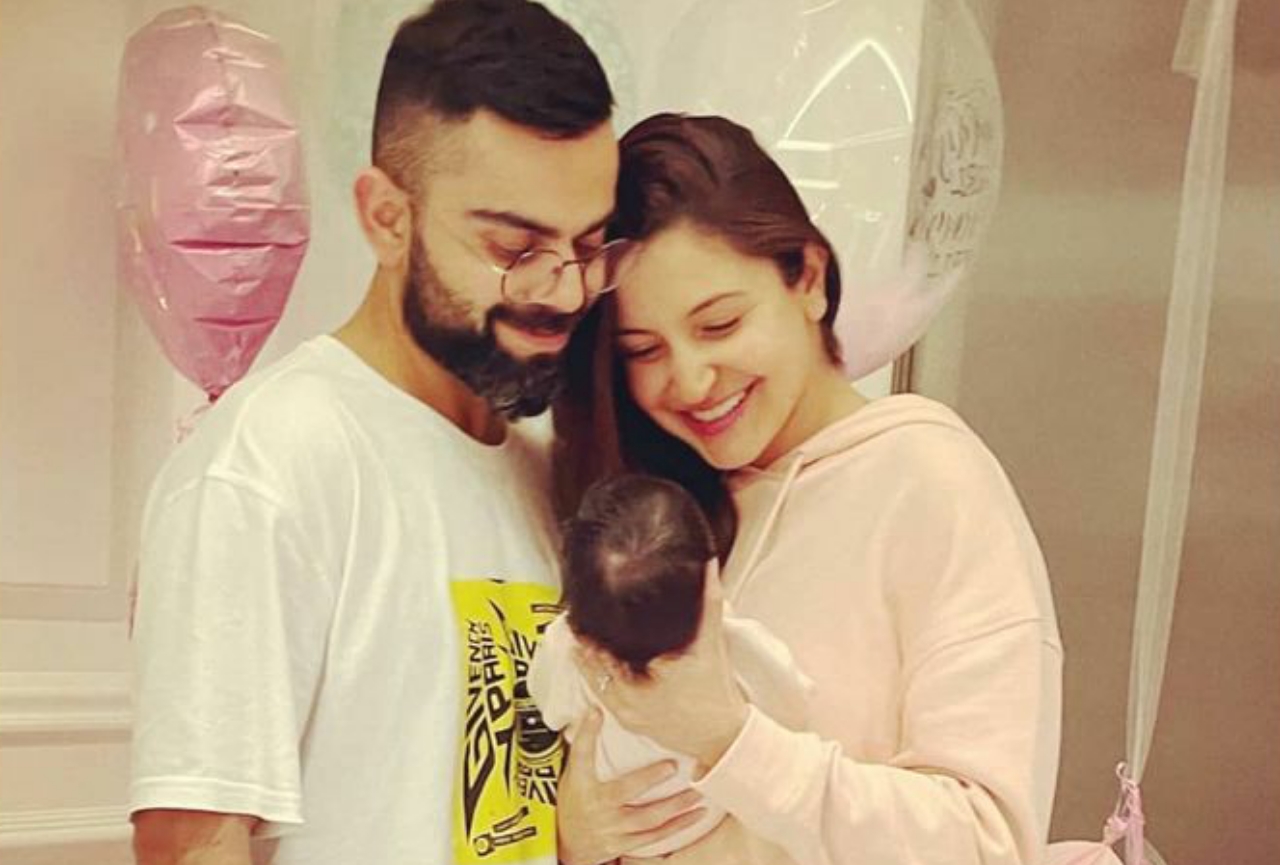 On January 11, Virat Kohli and Anushka Sharma welcomed their first child. The couple had announced the news via an Instagram post. Since then fans were eager to know the name of the daughter of the celebrity couple. Today, on 1st February, the name of Virat Kohli’s daughter has finally been revealed. The cricketer’s daughter will be known as Vamika and everyone wants to know the meaning of the name.

Interestingly, not the parents but a guru based in Haridwar, Baba Anant Maharaj has named the celebrity kid. It was Anushka Sharma’s family’s decision. The actress revealed the name Vamika via a social media post. She shared the news with a pic of her with husband and baby.

“We have lived together with love, presence and gratitude as a way of life but this little one Vamika ❤️ has taken it to a whole new level! Tears, laughter, worry, bliss – emotions that have been experienced in a span of minutes sometimes! Sleep is elusive 😛 but our hearts are SO full ❤️ Thanking you all for your wishes, prayers and good energy 🤗” tweeted Anushka.

As the name has already been announced, the fans want to know what Vamika name means. Vamika is a Sanskrit word that means Goddess Durga. Devi Durga is considered as the feminine epitome of strength. The name Vamika also includes letters from Virat and Anushka, the main reason the couple has chosen the unique name for their daughter.

Recently Anushka Sharma opens up on co-parenting Vamika with Virat Kohli. The actress tells that she doesn’t want that media her daughter unnecessary attention. Actress said, “We do not want to raise a child in the public eye—we don’t plan on engaging our child in social media. I think it’s a decision your child should be able to take. No kid should be made to be more special than the other. It’s hard enough for adults to deal with it. It’s going to be difficult, but we intend to follow through.”