Nagpur will be hosting the 2nd IND vs AUS T20I on Friday whereas the 3rd and final game will be played in Hyderabad on Sunday. 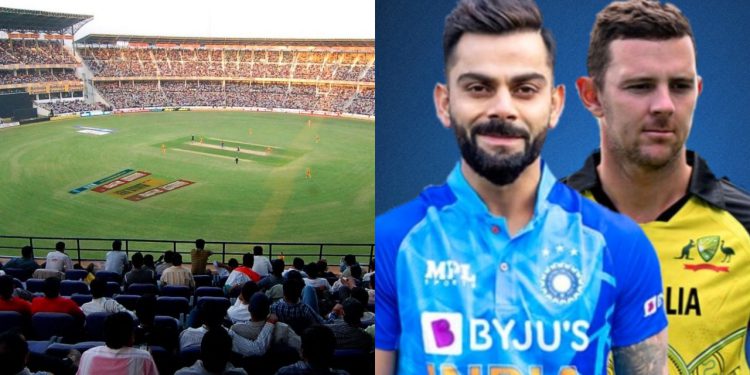 The 2nd game of the 3-match T20 Series between India and Australia will be played on the 23rd of September. The Vidarbha Cricket Association Stadium of Nagpur will be hosting the game, hence, here we will be discussing the pitch report of the venue. After the Nagur T20, the last and final game will be played at the Rajiv Gandhi International Stadium in Hyderabad on Sunday.

Nagpur is hosting a T20 international after a gap of almost 3 years. The last T20 here was played back in 2019 between India and Bangladesh. The hosts managed to win that game comfortably while defending a 174-run total.

The pitch at the Vidarbha Cricket Association Stadium Nagpur is a balanced surface where both batters and bowlers find assistance. A fresh Vidarbha Pitch aids the batters and they hence tend to post big totals on the board in the first innings. However, as the match progresses, the pitch turns towards the slower side and the batters find it a bit difficult to score runs. The records of the stadium as well suggest that the teams chasing a total have had tough times. It would hence be wise to bat first after winning the toss at Nagpur.

There is a forecast of scattered thunderstorms during the daytime on Friday. Winds will blow WSW at 10 to 15 km/h. There is also a 50% chance of rain hence the rain might play spoilsport. The temperature will remain around the pleasant 25°C.