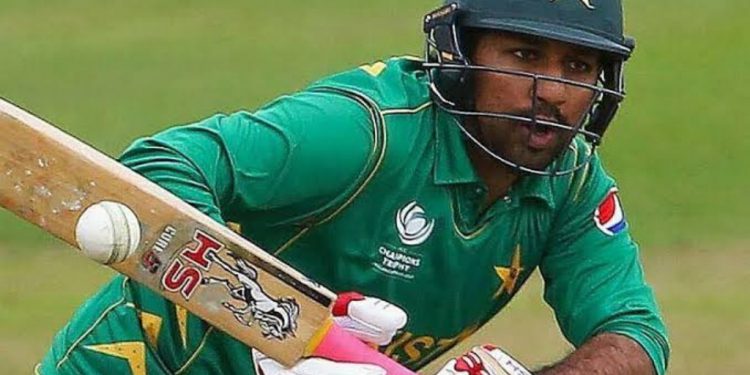 The Pakistani batsmen are a hot property currently as they are ruling the roost on all the top batsmen rankings. The team recently engaged with West Indies for a 3-match ODI series which the Asian team won with flying colours. While the Pakistan team is making waves in international cricket, a video of Sarfaraz Ahmed (former Pakistan captain) is getting viral on the internet.

Video of Sarfaraz Ahmed with his son goes viral

Sarfaraz Ahmed has been out of the team for some time now and is most likely to be out of the scheme of things for the Pakistan team. The former captain of the team was last seen playing for the team in November 2021 post which the fans didn’t see him on the field. He was away from the limelight but a video of Sarfaraz Ahmed with his son has brought the cricketer in the news again.

Sarfaraz Ahmed was named as the captain of Pakistan’s squad for the 2019 Cricket World Cup, but the team couldn’t qualify for the semi-finals as they fell behind New Zealand because of the Net Run Rate. This and constant poor performances of the team led to the cricketer’s elimination from the position of the captain. Now, after a long time, a video of Sarfaraz Ahmed has become the talk of the town.

In the video of Sarfaraz Ahmed, a group of people are cheering for Sarfaraz’s son Abdullah who is bowling to his father. Both the father and the son are surrounded by the crowd as Abdullah bowls a yorker which outwits Sarfaraz. The cricketer is seen smiling at the end of the video, which has gone viral on the internet.

While Abdullah is really passionate about cricket, Sarfaraz doesn’t want his son to enter the same profession. Talking to a local channel he said, “Abdullah is passionate about playing cricket. But I don’t want him to become a cricketer. Actually, being a cricketer, I suffered many things that I don’t want Abdullah to face. It’s human nature. Being a cricketer, I want my brother or son to be selected immediately. Otherwise, it hurts.”