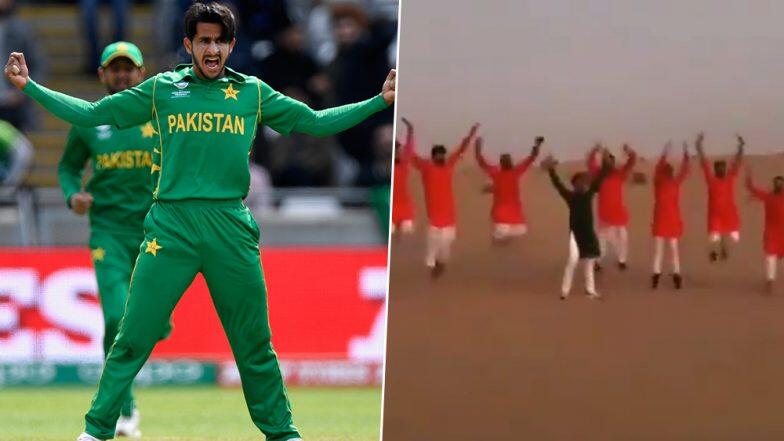 Pakistan Cricketer Hasan Ali has tied up with Indian Girl Shamia Arzoo on 20th August. The marriage took place in Dubai, where Arzoo lives and apparently, used to work as an air hostess in the United Arab Emirates (UAE)

However, the marriage took the huge attention of Social Media Public. Since the news of their marriage got viral, they both have received many wishes from fans and Pakistani Cricketers. The social media platforms flooded with blessings for the couple.

However, for a long time, the news of their relationship was making headlines among fans over the internet. Hence, on 20th August they have married with their respective soulmate. The marriage ceremony took place at Atlantis, The Palm in the United Arab Emirates (UAE).

Also Read: We Are Back To Being Good Friends: KL Rahul on Hardik Pandya

Only Shadab Khan Attended The Marriage

Hasan had sent an invitation for the cricketers of Pakistan and India to attend their marriage. However, only Shadab Khan from Pakistan had made his presence on the occasion. None of the Indian cricketers was there on the marriage ceremony.

Pakistan Journalist has posted a video on twitter handle with the caption, “Hasan Ali Doing his wicket-taking celebration at a desert safari ahead of this Mehndi today,”

Hassan Ali doing his wicket-taking celebration at a desert safari ahead of his Mehndi today pic.twitter.com/J37jZySDOk

Meanwhile, Shadab Khan made his impression on the occasion.

Here is Wedding Pic of #HassanAli ❤❤😚
Masha'Allah 💙😇
Have a Great Married Life 😍 pic.twitter.com/QxOp13lb1O

Finally Hassan Ali Got married to Indian girl. First look at the newly wedded #PakistanIndia couple, #HassanAli and his wife Samiya Khan at their wedding reception in gorgeous traditional attire 😍💕🔥 @ha55an_ali
Hassan Ali said he met Samia on a dinner in Dubai a year ago. pic.twitter.com/XhdDBeyAp2