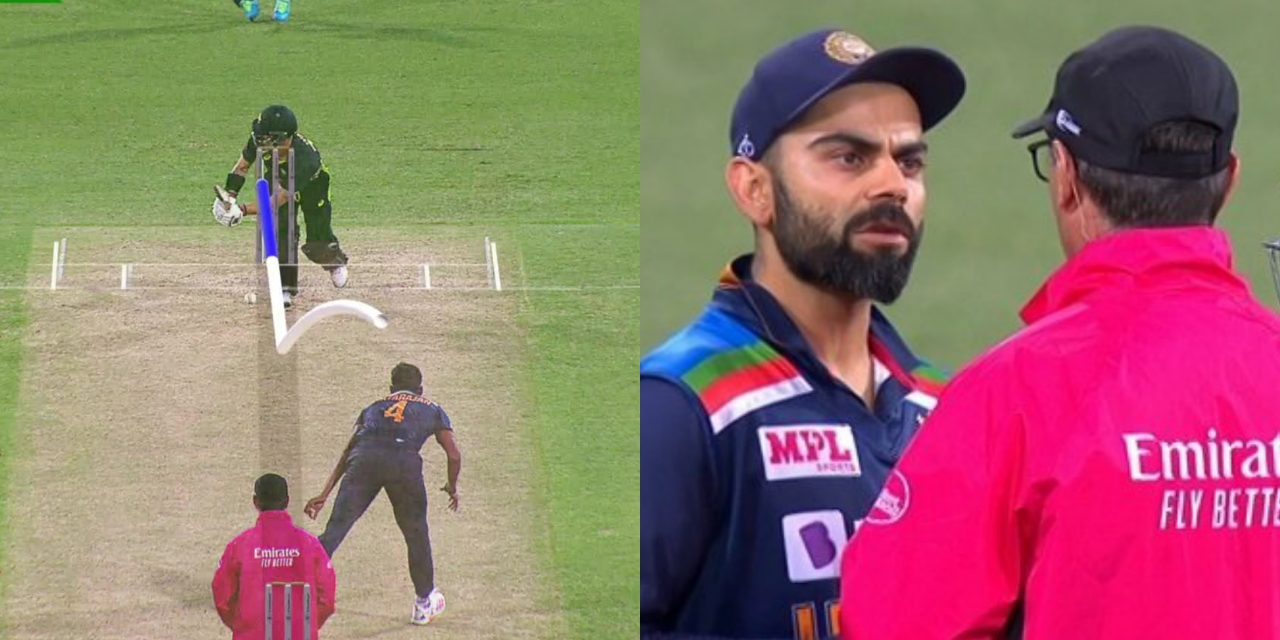 After winning the T20 series, team India stepped on to the field on Tuesday to make it 3-0, however Australia got the better of the Virat Kohli led side winning the match. India won the toss and asked Australia to bat first and got the Aussie captain Aaron Finch’s wicket for nought. Matthew Wade carried on his form from the last match scoring a fifty. Amidst all the action, the incident that took place in the 11th over involving Virat Kohli made heads turn.

Team India got a big wicket of Aaron Finch in the second over of the innings. The Australian captain got out without bothering the scorers. Wade was once again the top scorer for the Kangaroos bettering his score of 58 in the second T20 to 80 in the third match. However, Wade’s stay on the crease could have been shorter had team India was not denied the DRS in the 11th over.

Virat Kohli was furious after the denial

Natrajan was bowling the 11th over and Wade was on strike. Wade tried to flick the fourth ball of the over however it pitched on the middle and leg and hit his pad instead. There was a half-hearted appeal for LBW by the bowler but the umpire seemed disinterested. Generally, the time for using the DRS is shown on the big screen, but this was not the case here.

Virat Kohli turned to his wicketkeeper and the bowler before taking the DRS. While Kohli consulted his teammates, a replay on the big screen was shown clearly displaying ball hitting the wickets. Kohli taking the hint from the replay went for the review, however he was denied the same and this made the Indian captain furious. The DRS was denied by the third umpire on the ground that the decision came after watching the replay on the big screen.

Virat got engaged in an enraged conversation with the on-field umpires but to no avail. Wade went on to add 30 runs to his score after the incident, helping Australia to post a score of 186. Team India couldn’t achieve the target in their 20 overs losing the match by a margin of 12 runs.