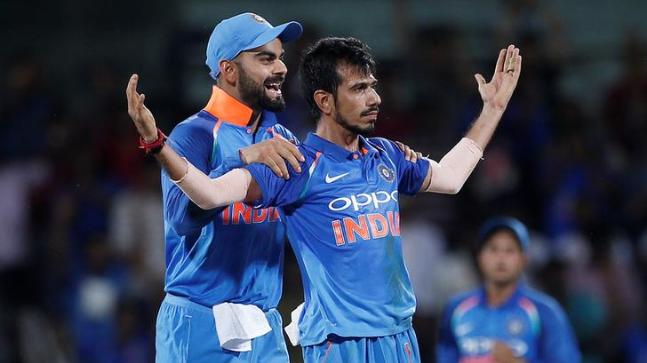 On many occasions, Yuzvendra Chahal has been trolled by other players for his height and physique. Rohit Sharma and Virat Kohli love to pull spinner’s legs. No doubt he is one of the finest leg spinners of the current time.

Not only Indian players but the overseas players also love to troll Yuzvendra Chahal. 29 years old leg-spinner is very active on social media, he uses to create a hilarious banter. A few days ago England Women cricketer Danielle Wyatt trolled him for his height. “You are Smaller than me,” the England women team’s star wrote on Instagram. Amidst of all, now Indian skipper Virat Kohli trolls him for his Instagram post.

It all started when Yuzvendra Chahal took Instagram to post yet another photo of himself with a bat. In the photo, he is standing alongside Kieron Pollard. And he also wrote a caption, “10 kilo ka bat, 2.5 kilo ka hath !!“ 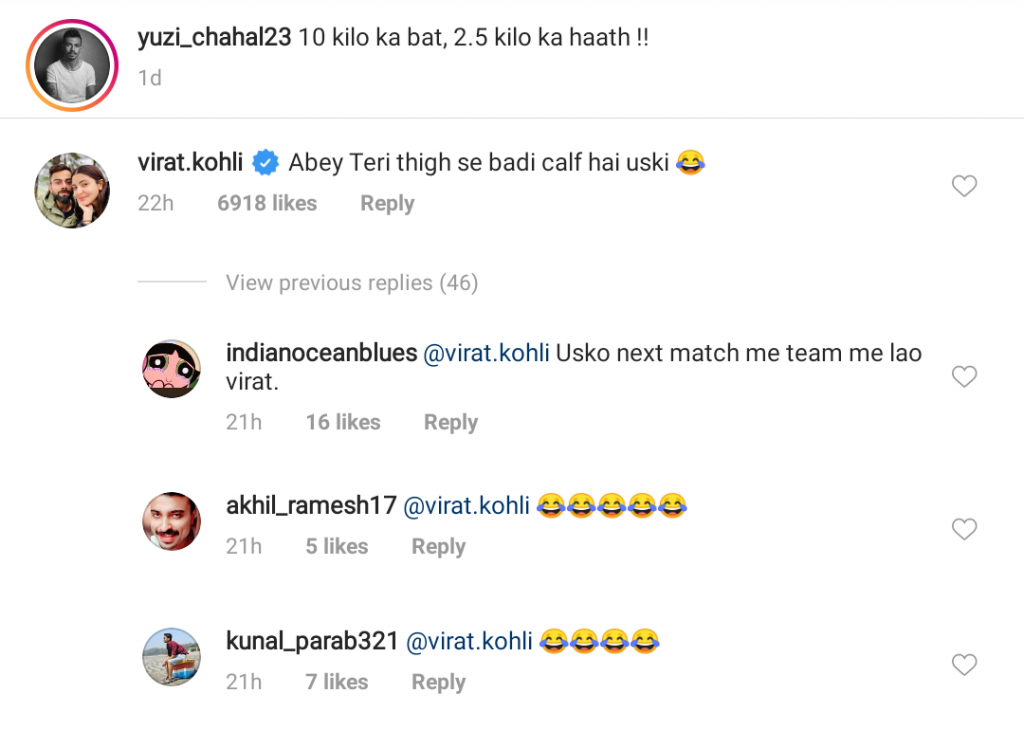 Meanwhile, now the Indian team heading to a series decider. The series is currently locked at 1-1. In the first match of series West Indies thrashed India by 8 wickets. And the host beat the visitors by 107 runs in the second match and level the series. The series decider to be played this Sunday at Barabati Stadium, Cuttack.

In the last match, the Indian team set a huge target of 388 runs and bowling them out for 289. Rohit Sharma and KL Rahul scored 159 and 102 respectively. Then Kuldeep Yadav took the second hat-trick of his ODI career making him the first Indian to do so.