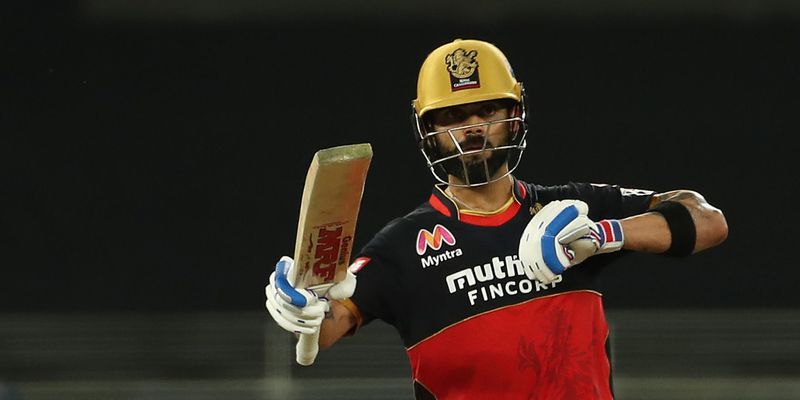 Controversy continues to loom over the wide-ball decision during the game between the Chennai Super Kings and the Surisers Hyderabad. The decision by the onfield umpire left both captains at opposite ends at the end of it. However, Royal Challengers Bangalore captain Virat Kohli has opened up on the “controversial” decision and has call for the introduction of a new rule in cricket when it comes to judging a wide delivery as fair or not.

Captains Should Have A Call, Feels Virat Kohli
Virat Kohli is of the opinion that team captains should be allowed to review wide balls as also no-balls that pitch over a batsman’s waist. While talking to Kings XI Punjab skipper, KL Rahul at a promotional event, Kohli brought to light one rule change to the game which in his opinion should be introduced. “As a captain, I would like to have the ability to review wide or a waist-high full-toss. Because we’ve seen historically in high profile tournaments like IPL, these small things can be a big factor. If you lose the game by a run and are not able to review that one decision, it makes a massive difference.”, Kohli said.

Did Dhoni Influence Umpire’s Decision
In the events that followed during the game between the Sunrisers Hyderabad and the Chennai Super Kings, Super Kings bowler Shardul Thakur’s full-pitched delivery was tracked well outside the wide-ball marker. As TV replays show, the ball was to be called a ‘wide’, onfield umpire Paul Rieffel even stretching out his arm for the call when a not so convinced looking Mahendra Singh Dhoni raised a protest. In no time, the umpire (perhaps overturned his decision) decided to go without a no ball.

Fans Left Furious With Dhoni’s Reaction
The reaction from Dhoni was completely uncalled for and led to widespread criticism on social media. Many believed it was his reaction that led to the umpire over turning his decision. Fans even feel Dhoni shouldn’t have reacted and should have waited. This is not the first time Dhoni has been slammed by fans. In last season’s Indian Premier League, Dhoni had walked on to the field protesting against the onfield umpire’s call over a no-ball.