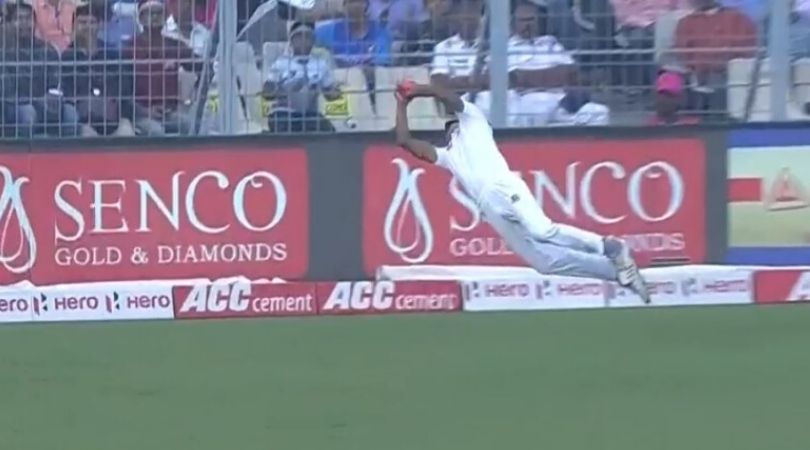 Virat Kohli Dismissal vs Bangladesh, Taijul Islam Grabs Great Catch: Today the level of fielding on the cricket ground has increased a lot, fielders are grabbing spectacular catches. Meanwhile, during the second test match of the ongoing India vs Bangladesh Test series, Taijul Islam grabs a spectacular catch at Eden Garden. It is one of the best catches had in 2019, the fielder was just flying to dismiss Indian captain Virat Kohli.

It all happened on the third delivery of the 81st over when Kohli attempted to flick the ball in the air. Taijul Islam who placed at the fine leg took an unbelievable catch running towards his right. Even Indian Skipper Virat Kohli was in wonder that how the fielder had taken him. The video of the incident is getting viral over the Internet.

Before getting out, Virat scored his 27th Test century of the career. And also he became first Indian to have century with Pink Ball. Virat Kohli ended up his innings after scoring 136 off 194 balls which includes 18 boundaries. Not only this, but he also becomes the quickest to score 5000 runs as Test captain. He has also completed 70th international century.