The Covid-19 is scaring the Indian camp again as Ravichandran Ashwin and Virat Kohli have got infected before the 5th Test against England. 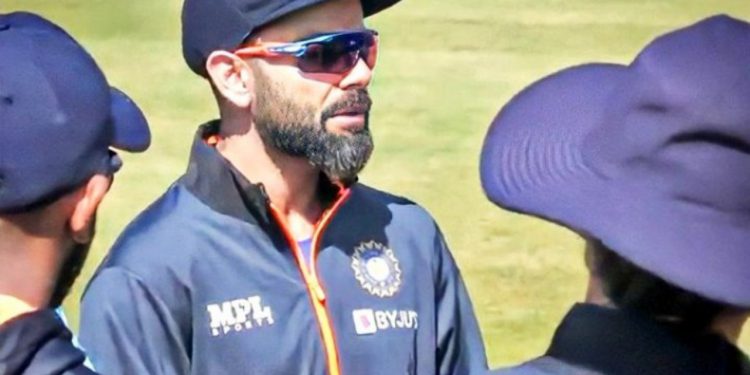 COVID-19 is making its presence felt once again in the Indian camp as the players are getting infected by the virus which may well be an obstacle in the team’s prep for the England tour. Along with Ravichandran Ashwin, former Test captain Virat Kohli was also hit by COVID but if reports are to be believed, the right-handed batsman Virat Kohli has fully recovered now and will be able to play the warm-up game against Leicestershire.

Team India has already reached London for the rescheduled 5th Test of India’s tour of England 2021. The match was postponed last year due to Covid scare in the Indian camp and then was later rescheduled to be played in the first week of July. It was reported that Virat Kohli got infected by Covid after he returned from his holiday in the Maldives but the cricketer has now fully recovered according to the reports.

The Test match will start from 1st July in Birmingham but before it, the Indian team will play a 4-day Warm-up match against Leicestershire. After news of Kohli’s infection got out, it was imperative that the cricketer won’t be able to participate in the warm-up game. However, according to a source, Virat Kohli has fully recovered now and he will be a part of the warm-up game which will begin on 23rd June.

“Yes, Virat Kohli too was hit by Covid after returning from holidaying in the Maldives, but he’s recovered now,” a source was quoted as saying by The Times of India. It is to note that the sole reason for rescheduling the 5th Test last year was Covid and now the virus is scaring the Indian camp again. So far, Ashwin and Kohli have been the victim of the virus and others may also be infected.

The authorities will hope that things go smoothly and Covid doesn’t hamper the tour which will have 3 ODIs and 3 T20Is as well post the completion of the Test match. While Virat has recovered from the virus, the medical advice is to not overload the players after they’ve suffered Covid-19. It is to be seen whether Kohli actually plays the warm-up game or the fans will directly see him in the 5th Test.