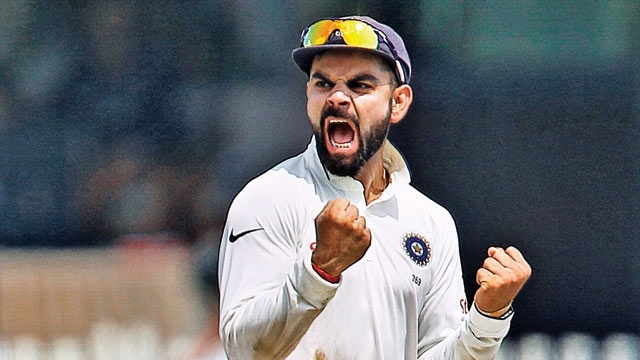 After losing the first game at Basin Reserve in Wellington, Team India is again struggling in the second and final test match of the ongoing New Zealand vs India series 2020 at Hagley Oval in Christchurch. Earlier in the first innings after taking all the wickets of New Zealand for 235 runs, India took 7 runs to lead and made a strong came back in the series. However, thereafter again in the second innings after losing 6 wickets for only 89 runs India again gets on the back foot.

As we all have seen Indian skipper is one of the most aggressive batsmen in the world. Not only for his batting but also he is aggressive for his on-field activities. And during the ongoing test match against New Zealand Virat again involved in a heated incident but this time with the New Zealand fans. It all happened when he took a sharp catch and there were some doubts over the legitimacy of the catch because Virat Kohli held the ball very close to the ground after Nicholls edged the ball in the slip cordon.

Although, the Indian skipper was confident right from the start and when the decision finally went in his favour, he could not hide his excitement. And he gives it back to the New Zealand fans to shut them off with some words. In the video, we can clearly see how Virat is getting aggressive on the fans and also he has dropped an F-bomb.

Nice ball from Shami, and great to see Virat endearing himself to the crowd again. #NZvIND pic.twitter.com/MkiFOqkeFN