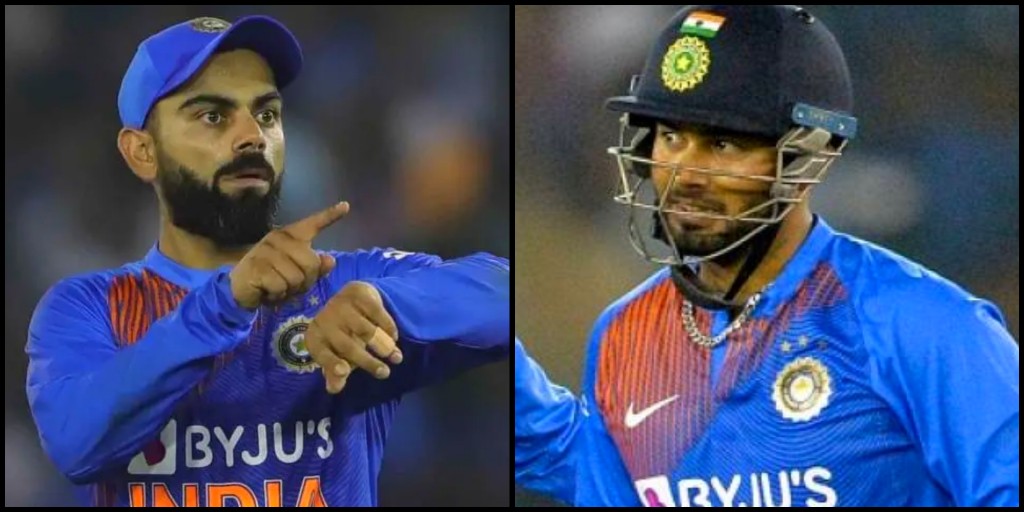 So far, Rishabh Pant has failed to impress the Indian fans as the 22-year old is repeatedly wasting the opportunities. Crowd chanting MS Dhoni’s name after Pant’s mistakes has become a prominent feature in India’s matches. Fans are craving to see MS Dhoni back in action since the world cup semi-final.

Rishabh Pant was named India’s main wicket-keeper after World Cup ouster. But so far, Pant has failed to live up to the high expectations. The pressure is building on him with every mistake he does as Sanju Samson is in the queue and waiting for his chance. The crowd in the stadium is putting more pressure on him as they are chanting “Dhoni, Dhoni” after goof-ups made by him.

Ahead of the series against West Indies, skipper Virat Kohli had expressed his displeasure over crowd’s reaction in series vs Bangladesh. Kohli had said, “If he (Pant) misses a chance, people can’t shout MS’ (Dhoni) name in the stadium as well. It’s not respectful because no player would like that to happen. You are playing in your own country and you should get support.”

However, the chants didn’t stop in the West Indies series. During the second T20 in Thiruvananthapuram, Rishabh Pant dropped an easy looking catch of Evin Lewis and this time crowd followed the incident with homeboy Sanju Samson’s chants. Virat Kohli who was stood by the boundary was not impressed with the crowd’s gesture as he looked at them and asked to shut their mouths.

However, BCCI President Sourav Ganguly feels there is nothing wrong with the crowd chanting Dhoni’s name after Rishabh Pant’s mistake. Ganguly said “If I were Virat Kohli, I would just let Rishabh Pant go through it, let him hear it and find ways to succeed. Everybody must remember that you don’t get MS Dhoni’s every day. He is a once-in-a-generation cricketer.”