The cricket analyst feels that comparing Virat Kohli with the former Indian captains doesn't do justice to the legends. 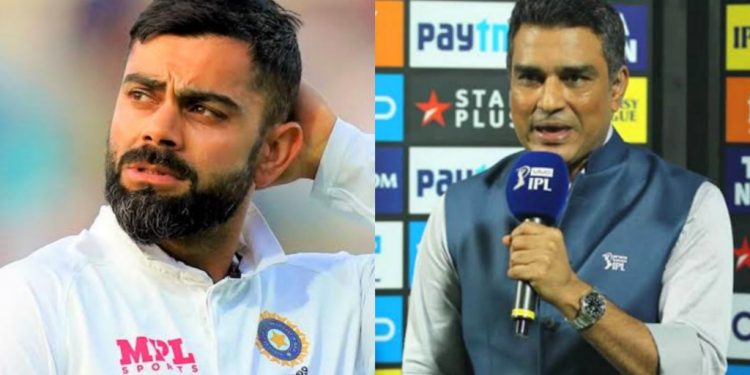 It was the end of an era when Virat Kohli shocked his fans with a tweet announcing that he will no longer be the Test captain for the Indian team. The star batsman left his fans teary-eyed with the news as the cricket fans wanted him to continue leading the side in the longer format of the game. While Kohli broke many records as a captain, Sanjay Manjrekar excludes Kohli from his list of most successful captains.

The success rate of team India in Tests under Kohli is unparalleled as the skipper led his team to victory in 40 out of 68 games they played. These victories include a series win in Australia and a lead of 2-1 against England on the foreign soil. This is one of the reasons why the cricket fans wanted Kohli to remain the captain. However, cricket analyst Sanjay Manjrekar doesn’t feel that Virat Kohli is one of the most successful captains.

Sanjay Manjrekar excludes Kohli from the list of most successful captains

Comparing Kohli to former captains of India, Manjrekar said, “When we talk about great captains, it is necessary to add Dhoni’s name to it. Kapil Dev was the captain in a unique era and Ganguly gave a new direction to India after match-fixing, where India created a hunger to win on foregin soil. Sunil Gavaskar was also a better captain.”

“There is a lot of talk about Kohli and he has come out as an example. Kohli has proved himself on many occasions. Even though the series was lost against South Africa, Kohli proved his mettle,” Manjrekar added as he talked about different captains who have served team India and it’s not fair to compare Kohli with the legends. Manjrekar also said that Kohli is a part of hype era which somehow obscures the true quality of a captain.

Manjrekar feels that Dhoni was a much better captain than Kohli as the former has all the ICC trophies in his kitty. He opines that the pressure in high-voltage ICC tournaments is immense while in the regular series, the pressure eases a bit. Dhoni led the Indian side to win the inaugural edition of the T20 World Cup, 2011 World Cup and 2013 Champions Trophy, which set him apart from any other captain team India has ever had.