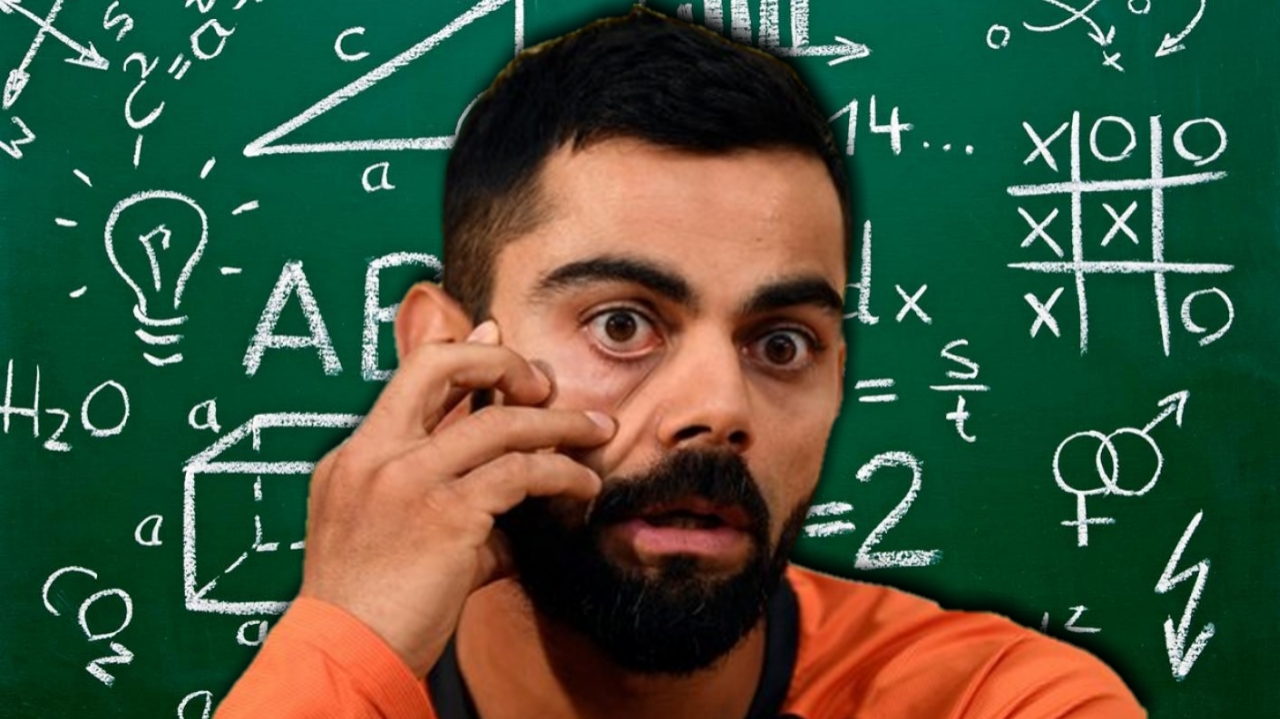 Today, Virat Kohli is counted as one of the most known sports celebrities around the globe. His fearless approach sets him apart from the other cricketers. Virat Kohli knows how to deal with tough situations on the field. But, maybe maths is the only thing which Virat doesn’t know how to deal with.

Recently, Virat Kohli appeared in a sports web show ‘In Depth With Graham Bensinger’. During the talk show, Virat revealed about his personal life, his first meeting with Anushka Sharma and also told regarding his school days.

Virat told he was never the most intelligent guy in school but smart enough to understand things quickly. But mathematics was Virat Kohli’s biggest fear during school days. Virat said he never worked hard in cricket, as much as he did to pass in math.

“So in math, we used to have exams and the maximum marks we could get in 100, right. I used to get 3, I was that good. And I did not understand, why someone would even want to learn math. I could not understand the complications behind it, I have never used those formulas in life” Virat said during the show.

Virat wanted to clear his 10th board exam and never wanted to face math afterwards. Virat said, “I just wanted to get through my 10th Grade exam because they used to happen at a state level and after that you could choose if you wanted to continue with math or not. I’m telling you, have never worked that hard in cricket the way I did to pass in that exam.

On the work front, Virat Kohli and co. had an outstanding time in West Indies. Virat Kohli ended the tour becoming most successful test captain of India. he surpassed MS Dhoni’s record of 27 wins in 60 matches. The 30-year old captain now has 28 wins in 48 matches. Now, he is set to lead India in t20 series against South Africa starting 15th September.