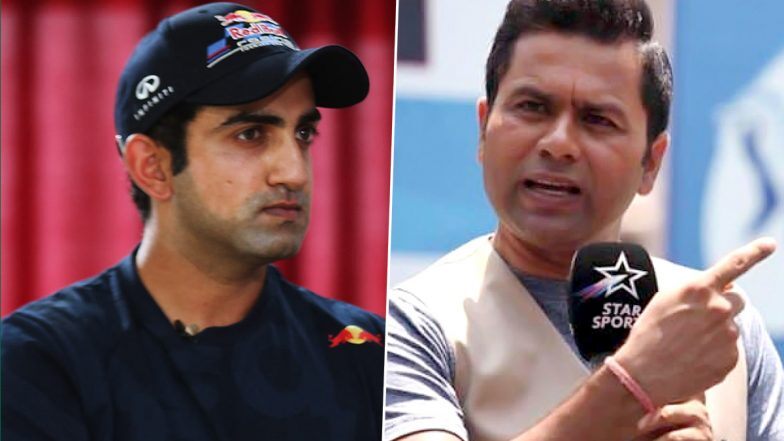 After leading Mumbai Indians to the fifth Indian Premier League title, Rohit Sharma by many was favored to lead Team India as well. Ever since there have been never-ending debates over Virat Kohli or Rohit Sharma as India’s T20 captain. A recent such debate that featured on Star Sports saw commentators Gautam Gambhir and Akash Chopra end up in a heated argument.

Heated Argument Erupts Between Gambhir and Chopra
Former cricketers turned commentators Gautam Gambhir and Akash Chopra were on a talk show where the topic of who should captain Team India in the T20 format was up for discussion. However, as the talk unfolded, it ended up with an unexpected heated argument between the two speakers. While Gambhir had his pick in Rohit Sharma, Akash Chopra chose Virat Kohli.

King Kohli or The Hitman? Our experts share their opinion on what is a hot topic among fans currently – Who should lead Team India in T20Is?

Tune-in to find out, on #CricketConnected!

Gambhir Picks Rohit Sharma While Chopra Sticks With Virat Kohli
While talking on the cricket show – Cricket Connected, Gambhir backed his pick by stating, “Virat Kohli is not a bad captain, but Rohit Sharma is better. There is a major difference between the quality of captaincy.” Akash Chopra though was of the opinion that Virat Kohli still is the best choice leader for the national team in the T20 format. Chopra also feels that the selectors shouldn’t give the change of captaincy a thought with only a handful of T2os to be played before the World T20 later next year. Both players have been performing exceptionally well at the international level in the roles best suited for them.

IPL Form vs International Selection
A player’s form during the IPL shouldn’t be the only criterion for him to get a nod in the national team, feels Akash Chopra. Retorting to Gambhir’s stance, Chopra added – “International performances will be considered when looking for international pedigree, and IPL performances will be kept in isolation. If some players have done well for India and have a bad IPL, it’s fine. Virat Kohli as India captain in T20s has done nothing wrong so far.” This followed after Gambhir rightly staked his claim – “When we choose players for international cricket on the basis of IPL, then why can’t we pick a T20I captain for India on the grounds of IPL performance? And if that’s not the case, then IPL should not be used as a parameter to select players for India. Why pick players from IPL then?”

This definitely is not a discussion many would have wanted to be a part of and not one to escalate into heated arguments. As for the players, a challenging series in Australia awaits.