India have announced an 18-man squad for the 5-match T20I series vs West Indies. 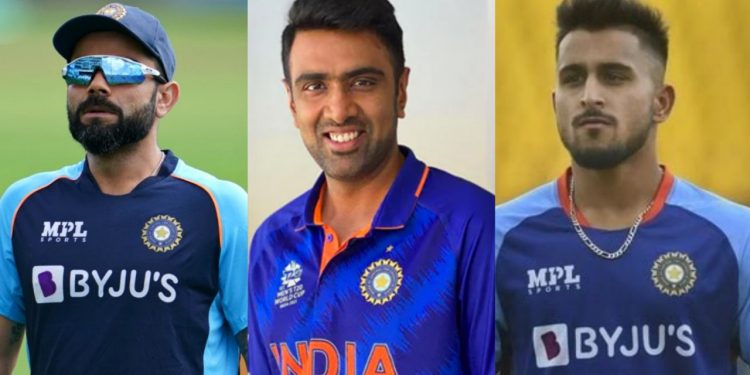 India are set to play their last bi-lateral T20I series before two major T20 tournaments; Asia Cup and T20 World Cup. A Rohit Sharma-led team will play 5 T20 matches in the Caribbean Islands. On Thursday, India announced an 18-man squad that will tour West Indies. India has made some significant changes in preparing for the upcoming mega events.

Virat Kohli and Rohit Sharma were not named in ODI series vs West Indies, however, Rohit has been named captain for the T20Is while Virat Kohli has been rested. As per reports, the current no.3 ODI batter Kohli is also going to miss 3-match One-day series vs Zimbabwe which means he will now return only in the Asia Cup in August-September.

KL Rahul who missed England’s tour owing to an injury has been named in the squad, however, his inclusion is still subject to fitness. Along with Rahul, R Ashwin and Kuldeep Yadav have also returned to blues. Kuldeep’s fitness will also be determined at NCA before including him in the squad.

Umran Malik who recently made his international debut has failed to regain his spot. The speedster played three T20Is against Ireland and England and was able to take only one wicket. The pace factor didn’t help him much as he went expensive in all three games. On the other hand, his counterpart Arshdeep Singh has been backed by selectors for the upcoming T20I series.