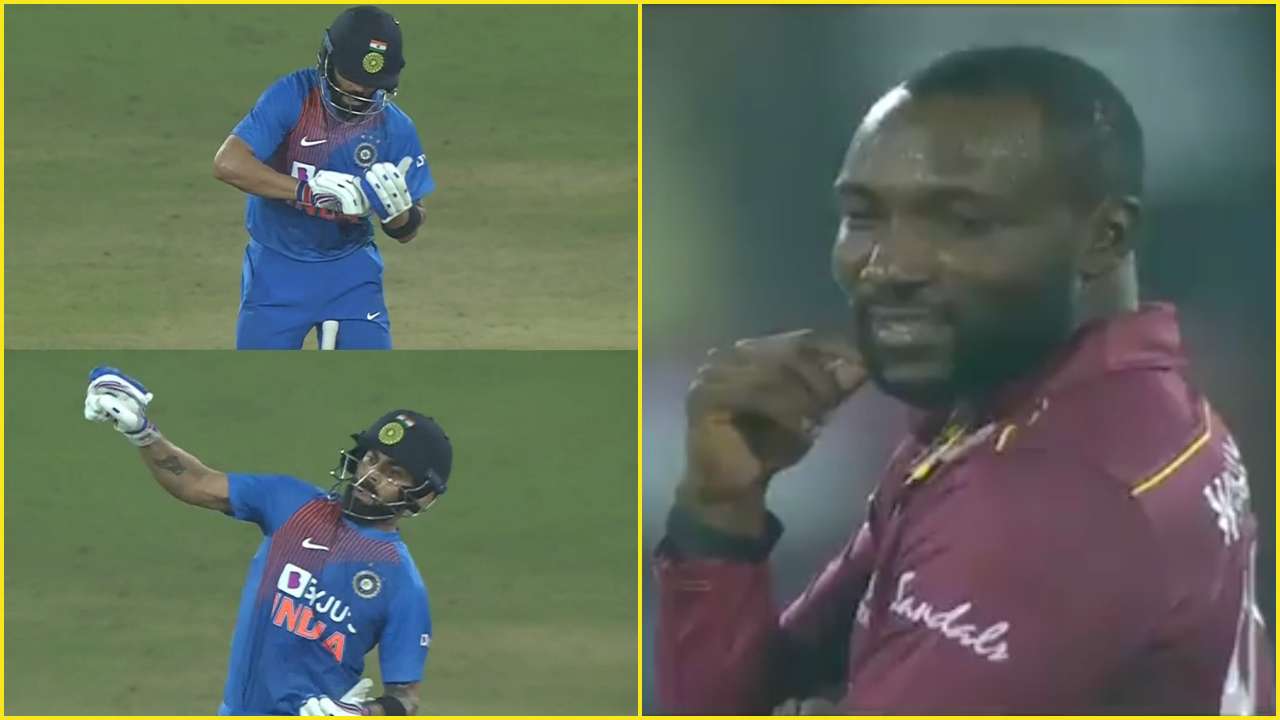 On Friday, Team India registered a historic win by chasing down 208 runs at Rajiv Gandhi International Stadium. Meanwhile, the captain Virat Kohli has shown his extra-ordinary skills as he scored unbeaten 94 runs in the chasing. During the first T20I against West Indies Virat made a slow start but picked up the innings in the closing stage of the chase.

Interestingly, in first 20 balls of the innings, Virat had scored only 20 runs and in next 30 balls, Virat aggregated 74 balls which shows why he is known as chase master. And hence he has been awarded ‘Man of the Match’ award. This was the 12th ‘Man of the Match’ award in T20I which is the joint-most in T20Is with Afghanistan’s Mohammad Nabi.

During the 16th over of the Indian innings, Virat Kohli got angry when he hit Kesrick Williams for a towering six over the long-off boundary. And after the six, Kohli mocked Williams by doing his famous notebook celebration in full aggressive mood. Actually, Kesrick Williams has a special celebration after he takes a wicket. He gives the batsman a proper send-off by using his Notebook Celebration style.

However, during the Indian innings, Williams had not done anything to mock Indian skipper but despite that Virat got angry. Everybody was thinking that Virat has seen this send-off style of Williams in CPL. Thereafter, in the post-match presentation, Virat Kohli himself has revealed the reason behind imitating Kesrick Williams’ celebration. Actually, he was taking the revenge of the Past incident happened in a T20I in 2017.  At the same time, he also made it clear that there was no hard feeling between him and the West Indies pacer.

Virat in the Post-Match Presentation

“It’s not the CPL (about Williams’s celebration), it happened to me in Jamaica when he got me out. So I thought I’ll tick a few in the notebook as well, but all good. There were a few words, but smiles at the end. That’s what you want to see. Good competitive cricket but in the end shake hands and give a high-five. That’s what cricket is all about. Play it hard but have respect for opponents,” said Virat Kohli.