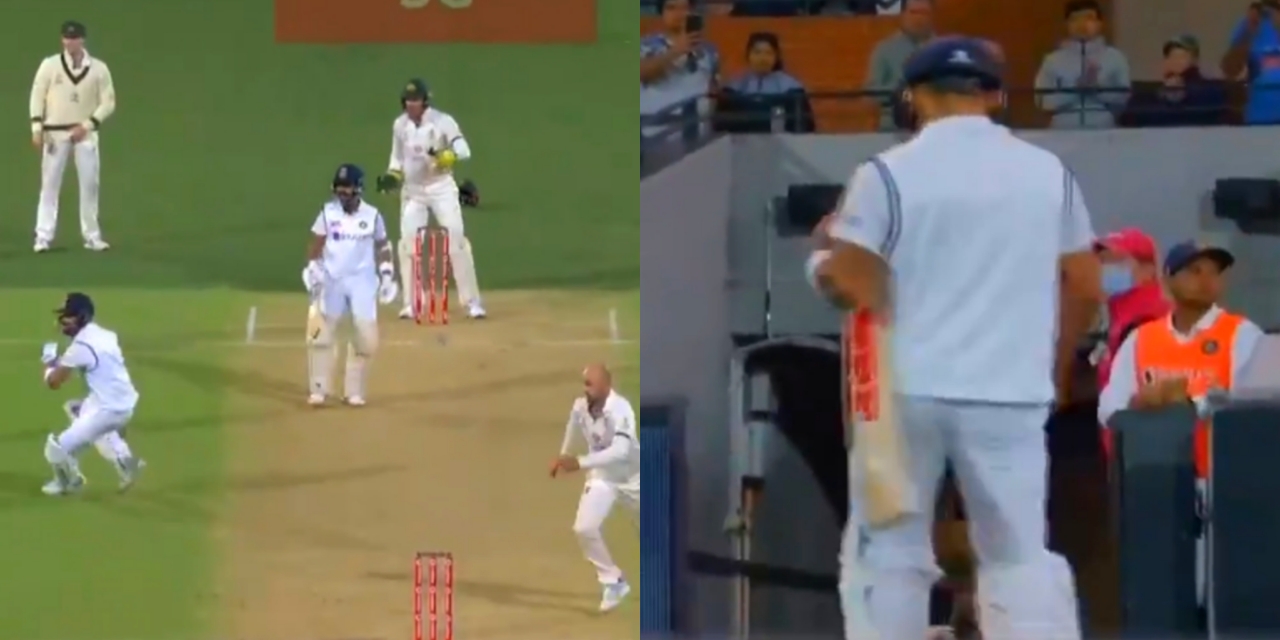 Team India is currently playing the historic test match at Adelaide Oval. This is India’s first day-night test match on Australian soil. India didn’t have a great start to the 1st test as Mitchell Starc rattled opener Prithvi Shaw’s stumps with an absolute jaffa. However, the Indian innings came to track once Virat Kohli and Cheteshwar Pujara cemented their feet on the crease. But the fine knock of Virat Kohli today ended in a disastrous manner as he got involved in a run out with Ajinkya Rahane.

The incident happened on the 77th over when Rahane pushed the ball to mid-off. Virat Kohli felt it was an opportunity to steal a single.

However, Rahane hesitated after showing interest in taking a run. It created a mix-up between the duo. Virat Kohli who was stranding in the middle of the pitch realized there was no going back.

Ajinkya Rahane apologized to the skipper as soon as he realized his mistake but the damage was done at the non-striking end.  Today Virat Kohli scored 74 runs off 170 balls before getting run out. A frustrated Virat Kohli was seen throwing batting gloves when returning to the pavilion.

Virat Kohli is run out after a mix up with Ajinkya Rahane! @hcltech | #AUSvIND pic.twitter.com/YdQdMrMtPh

Scorecard At The End Of Day 1

After the run out of Virat Kohli today, Ajinkya Rahane too departed scoring 42. Cheteshwar Pujara was one of the top three run-scorers today. The slow and steady batsman scored 43 off 160 balls. At the stumps of day 1, India had posted 233 runs at the loss of 6 wickets. Wriddhiman Saha and Ravichandran Ashwin will continue India’s innings tomorrow.

Remind you, Virat Kohli will leave Australia post first test. The 31-year old has taken paternity leave as he and his wife Anushka expecting their first child. On the other hand, Rohit Sharma will join the India squad for the last two tests. The opening batsman has arrived in Australia and is currently under quarantine.