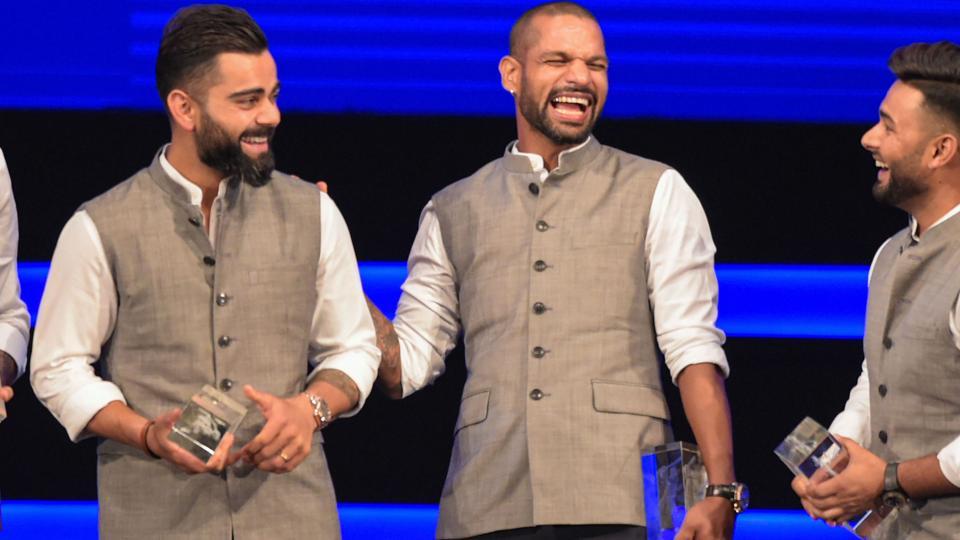 On Thursday, DDCA hosted a function to rename Feroz Shah Kotla Stadium as Arun Jaitley Stadium. Pavilion stand of the stadium was also dedicated to Indian captain Virat Kohli for his achievements on the cricket field. He is now the youngest cricketer who has a stadium stand named after him. Union Home Minister Amit Shah was the chief guest for the function. Team India and some other big names also attended the function.

During the event, Virat Kohli said at a time he was asking for the autographs from players at this stadium. And he never thought he would ever be honoured at the same stadium. Virat further said, “The pavilion will remind me of my journey in life and in cricket but most importantly I hope it will serve as an inspiration for the next generation of young cricketers of our nation,”

Manish Paul who was hosting the event went up to Ravi Shastri and asked which types of songs Virat loves to listen especially when he is cool mood. On which Shastri said, “Make Shikhar Dhawan sit with him and see the enjoyment. There will be plentiful songs. He is sitting in the second row. Ask him,”

After which Manish Paul shifted this question to Shikhar Dhawan. The opener didn’t leave the chance of pulling his captain’s leg. Dhawan hilariously said, “Before the wedding or after the wedding,” Ravi Shastri had a hard laugh on Dhawan’s reply.

WATCH VIDEO: Andre Russell Gets Hit By A Bouncer On The Head During CPL

Dhawan said, “Virat [Kohli] is fond of listening to Punjabi songs. He really likes Gurdas Maan saheb’s songs. He likes love songs. Virat is a fan of Arijit Singh. Whenever we are sitting in the room, he listens to these singers. Then there are other Punjabi songs as well”