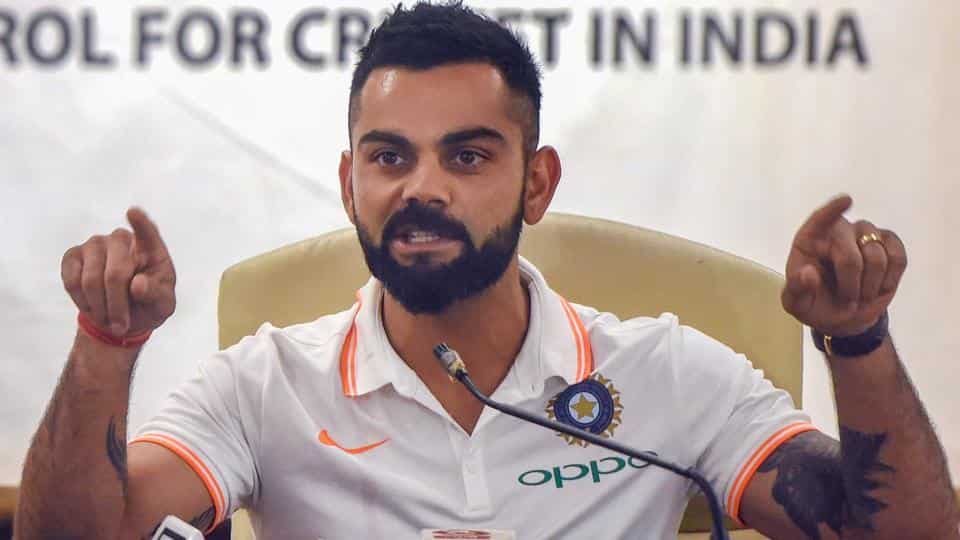 Virat Kohli and co had to wait for a day just to bowl two overs to all-out South African side. India might have won the 3rd test match on 3rd day if there was half an hour of extra playtime. Umpire had called the stumps when South Africa was at 132 after losing 8 wickets. On 4th day, Shahbaz Nadeem took both wickets in 2nd over of the day. Thus, India won the match by an innings and 202 runs and whitewashed South Africa by 3-0. Currently, team India is standing tall at the ICC World Test Championship points table with 240 points after 5 wins in 5 matches.

4th day’s play lasted only for 10 minutes and fans didn’t get to see enough cricket. But MS Dhoni’s presence made the victory even sweeter for the team and fans. Fans were waiting for his arrival since the first day of the 3rd Test. After the match, Dhoni visited team India’s dressing room where he was seen encouraging debutant and Jharkhand lad Shahbaz Nadeem. Pictures of Dhoni of him with players in the dressing room are getting viral. Dhoni was out of any cricketing action since the past 3 months.

After the series win, Virat Kohli attended the press conference where he cheekily responded when a reporter asked him about MS Dhoni’s future. Virat Kohli hilariously replied to the reporter that he can visit their dressing room and asked this question to Dhoni who is still there. Below is the video of the incident.

Reporter: When in Ranchi, a visit to the local boy's crib beckons? 🤔🤔
Virat: Be our guest 😉😁 #TeamIndia #INDvSA pic.twitter.com/HLdDYX3Pxn

On a serious note, there are a lot of questions about which selectors and management need to answer. However, recently appointed president of BCCI Sourav Ganguly has announced that he will talk to selectors on this matter on 24th October when selectors will pick the squads for upcoming T20 and Test series against Bangladesh.

However, a report suggests that selectors are likely to not pick Dhoni in the upcoming T20 series as they may give chance to Sanju Samson. The 3-match T20 series against Bangladesh is starting from 3 November. According to reports, Virat Kohli may get rest for this series. After T20 series, India and Bangladesh will play 2 test matches as the part of World Test Championship.