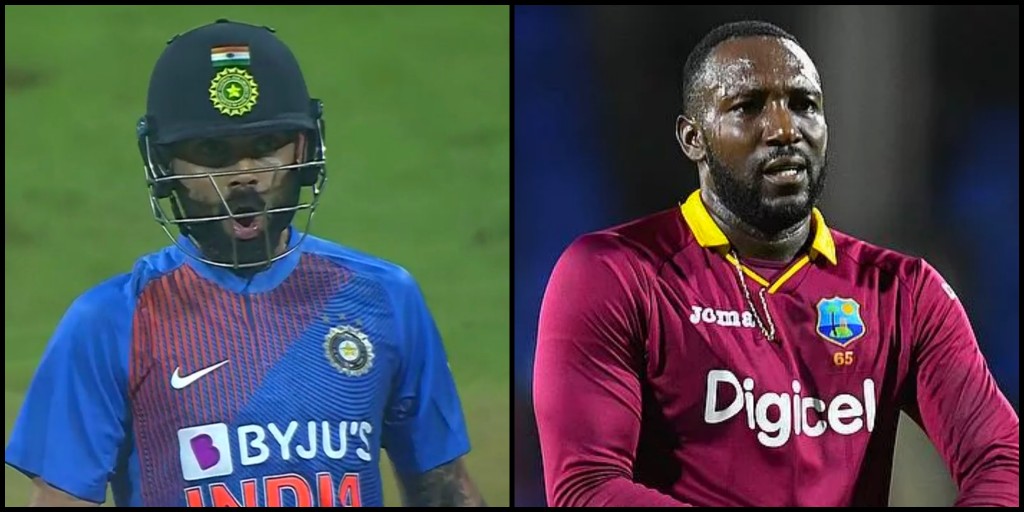 West Indies may have on the 10th spot at ICC T20I rankings but they are one of the best T20 sides. They are the defending T20 World Cup champions. Ongoing series against India is a threat to the opponents ahead of T20 World Cup 2020 as they have given a fight to India in India. However, after giving a fight in the first two matches to Virat Kohli and co, the West Indies side failed to win the series decider in batting-friendly Wankhede pitch.

West Indies won the and elected to bat first which was supposed to be a good decision. All they had to do was restrict India on the average score of the pitch, even 180 was chaseable here. But Windies bowler failed against the might top-order of India. First KL Rahul was well supported by Rohit Sharma and Virat Kohli in making two big partnership.

Rohit scored 71 off 34, Rahul fell 9 runs short of his century and in the end, Virat played a quickfire 70 runs knock in 29 balls. Virat’s innings includes 7 sixes. During the innings, Virat Kohli gave another reply to West indies bowler Kesrick Williams. Remind you, Virat Kohli had started this banter in the first T20 after hitting Williams for a six and displaying a notebook celebration.

In the second T20, Williams had changed his notebook celebration to a shut-up gesture. He had taken the wicket of Indian skipper in 2nd T20 and had equalled the banter 1-1. But yesterday, along with series Virat Kohli won this battle too.

On the fourth delivery of Williams’ last over, Kohli hit a six over long-on which was followed by him being in awe of his own shot. Having won this battle against Williams, Kohli was seen continually gesturing towards Williams who was fielding at short fine-leg in the next over.

A DECIDER within a DECIDER was the Kesrick Williams vs Virat Kohli over! And guess who had the final laugh 😂😜 @imVkohli 🔥 pic.twitter.com/YEfv43G7k0