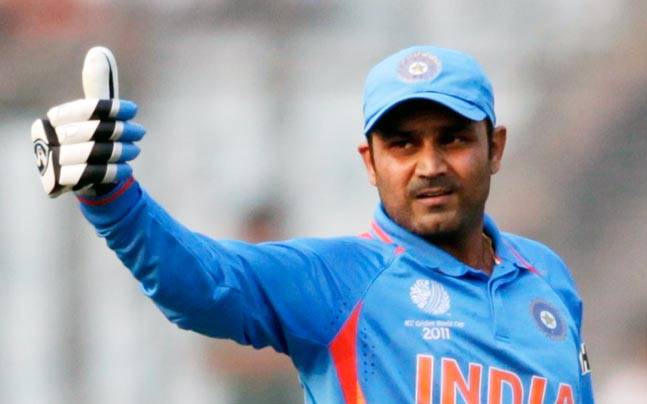 Since a long while, Team India Management is getting trolled for their selection criteria over the social media platforms by the fans and the cricket experts. Ahead of ICC world cup 2019, when Indian selectors dropped out the Ambati Rayudu from the world cup squad, they were criticised very badly for their decision. Not only this even Indian former batsman Virender Sehwag had taken a dig at MSK Prasad by referring Anil Kumble as the best option for the chief selector.

Now once again Indian veteran cricketer Virender Sehwag tried to take a dig at Team India Management for their thinking on playing 11 selection. Since the day MS Dhoni has not been the part of the Indian dressing room, selectors were struggling to have the best replacement for him in the team. However, earlier selectors were considering Rishabh Pant as the best replacement of Dhoni. And team India management was very clear to continue with him despite failing.

Although, during the ODIs series against Australia after the Rishabh Pant got injured, KL Rahul had to continue in the team as the wicket-keeper batsman role. And in the whole series against Australia Rahul looked comfortable with bat and gloves as well. Hence, thereafter India decided to continue with KL Rahul for the wicket-keeping role as it is enabling one extra batsman option in the team.

But now when Rishabh Pant is continuously not getting into the playing 11, Virender Sehwag slams team India management for not picking him up in the team. He said that how will Rishabh Pant scores run if he has been continuously dropped out from the team.

“Rishabh Pant has been left out how will he score runs? If you bench Sachin Tendulkar also, he won’t be able to score runs. If you feel he is a match-winner, why don’t you play him? Because he is not consistent?” Sehwag questioned during a Cricbuzz talk show.

“During our time, captain used to go and talk with the player (in question). Now I don’t know if Virat Kohli does the same or not. I am not part of the team setup. But people say that when Rohit Sharma went to Asia Cup as captain, he used to talk to all the players,” he said.

“When MS Dhoni said in Australia that top three are slow fielders, we were never asked or consulted. We got to know from the media. He said at the press conference but not at the team meeting that we are slow fielders.

“Talk at the team meeting was that we need to play Rohit Sharma who is new and that’s why there will be rotation policy. If the same is happening now, that’s wrong,” added Sehwag.