Vitality Blast 2021: The match between Yorkshire and Lancashire witnesses a beautiful gesture

In a pleasant turn of events, the match between Yorkshire and Lancashire witnessed a great show of sportsmanship. 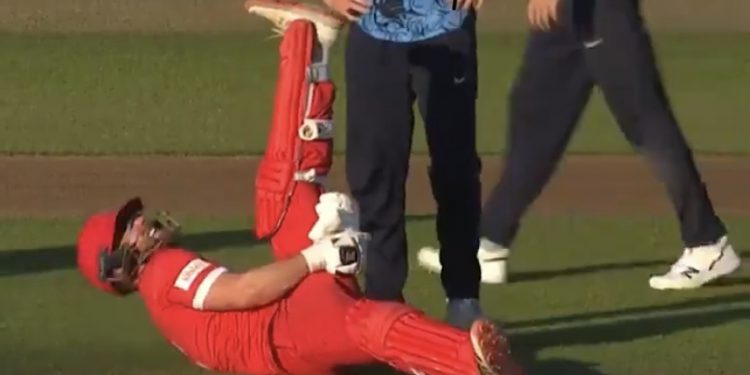 Vitality Blast 2021 which commenced on 09th June is in full flow and the fans are enjoying every bit of it. The league has been greatly affected by rain and also a little by the COVID-19 pandemic, however it is still going strong. A lot of matches have been played and many are yet to be played. In a pleasant turn of events, the match between Yorkshire and Lancashire witnessed a great show of sportsmanship.

The incident took place in one of the group matches of Vitality Blast 2021 which was played between Dane Vilas’ Lancashire and Joe Root’s Yorkshire. After winning the toss, Joe Root & Co. decided to bat first, but they couldn’t get to a total they would have liked. The Joe Root led team could only achieve 128 with their captain being the highest scorer accumulating 32 runs.

The target proved to be an easy one for the opponent team as they made light work of it albeit with a few hiccups. Though Yorkshire faced a defeat, their beautiful gesture during the match has won the hearts of many around the world. The incident took place in the 18th over of the second inning when Croft fell down midway on the pitch while taking a single off Matthew Waite.

The batsman went down with a loud cry on the pitch and the Yorkshire team decided not to run him out. It was indeed a great display of sportsmanship by Yorkshire and it came at a very crucial moment in the game. The team has been receiving appreciation from everyone for their selfless act on the field.

What would you have done?

Croft goes down injured mid run and @YorkshireCCC decide not to run him out#Blast21 pic.twitter.com/v1JHVGLn1T

As for the match, Lancashire went on to win it by 4 wickets, making a spot for themselves in the quarter-finals. Whatever the result, Yorkshire surely made a lot of fans after this beautiful gesture in Vitality Blast 2021.