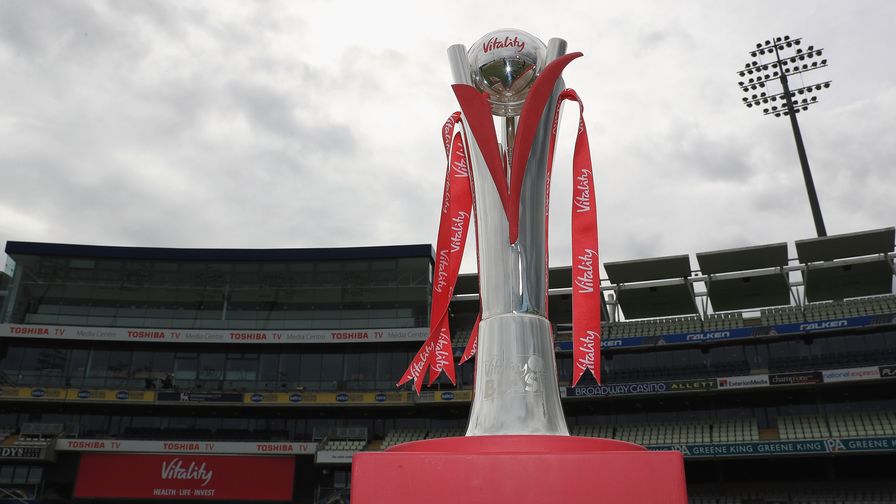 The English cricket season seems all set to resume, as the latest edition of the Vitality T20 Blast gets underway today. Alongside the ongoing Caribbean Premier League (CPL), the 18-team domestic tournament is the only ‘league-cricket’ event presently taking place. And although several big names will be missing from action-thanks to international commitments elsewhere, or in the CPL; the round-robin, three-group format of the tournament promises much action for cricket-crazy fans.

Speaking of the format, each of the 18-teams falls under one of the North, Central, or South groups; following the same demarcation implemented in the Bob-Willis Trophy. Here are all the groups with the list of the teams:

South Group – Essex Eagles, Hampshire, Kent Spitfires, Middlesex, Surrey, Sussex Sharks
The ample amount of teams makes it so that every match day will host as many as 7 matches across the 10-allotted stadiums. Essex and Worcestershire, last season’s winners and runners-up respectively, both play their opening matches today. Here’s a list of the full, tournament-schedule.

As covered in the schedule, not all group-stage matches will receive television coverage in the United Kingdom (UK). Local broadcasters Sky Sports will cover only ten-select league games all through the season. Likewise, their Australian broadcast partners, Fox Sports, will also be able to stream only those ten matches.

As for fans here in India, they’ll have no access to televised coverage whatsoever- since the Star Sports Network is covering the Caribbean Premier League, while Sony Picture Sports Network- the incumbent broadcaster for UK-based matches, will be covering England’s LoI series against Pakistan and Australia. Thankfully, they’ll still be able to watch almost every game live on YouTube since every team will be live-streaming their matches over there. Additionally, the official Vitality Blast 2020 YouTube channel will also be covering each of the games live.