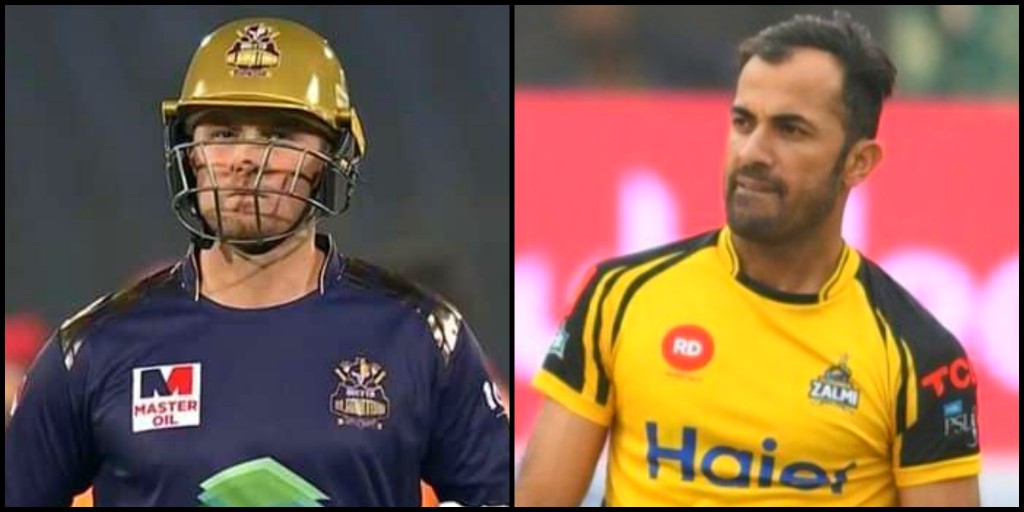 PSL 2020 season commenced 5 days ago and it is already around controversies. During the 2nd match of the season between Karachi Kings and Peshawar Zalmi, a member of Kings was seen talking on the phone at the dugout. The pic went viral on the internet and some fans even connected the incident with spot-fixing.

However, Dean Jones, the coach of the team clarified that it was not a player but CEO of the team was talking on the phone. According to Jones, their CEO Tariq was organising the practice times for the team. Now, after the 4th match of the season between Peshawar Zalmi and Quetta Gladiators, another controversy has erupted.

It is reported that Gladiators batsman Jason Roy accused Zalmi bowler Wahab Riaz of ball tampering. The incident said to be happened during the 18th over of the innings. According to a source, “Jason Roy asked Wahab Riaz whether he had made the ball properly to gain reverse swing. The Pakistani pacer reacted angrily and argued before Sarfaraz Ahmed intervened to diffuse the situation,”

PcB Should Ban Wahab Riaz From PsL For This Disgusting Behavior – Jason Roy Is Our Guest 😡#BanWahabRiaz pic.twitter.com/FLj3LRTswS

Gladiators batted first in the match and put 148 runs on the board with Jason Roy being their top scorer with unbeaten 73 runs. On the other hand, Wahab Riaz was the best performer of Peshawar with the ball. The pacer was able to pick 2 wickets in 4 overs. Peshawar Zalmi chased the target with the help of Kamran Akmal’s century. The wicket-keeper batsman named man of the match for scoring 101 off 55 balls including 13 fours and 4 sixes.