IPL 2022 will commence on March 26 with a clash between Chennai Super Kings and Kolkata Knight Riders at Wankhede Stadium. 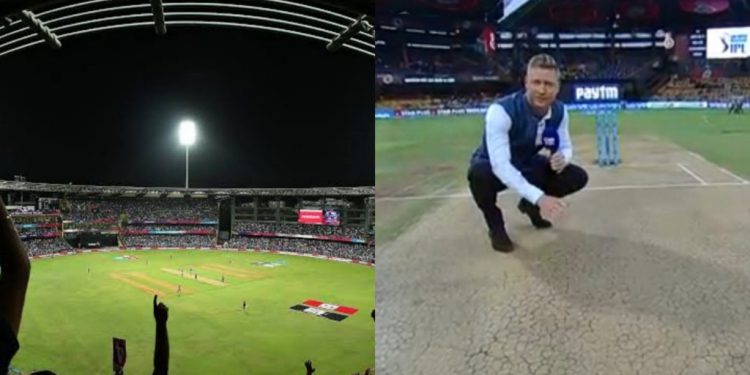 The upcoming season of the Indian Premier League (IPL) will run from March 26 to May 29 at two major Maharashtra cities- Mumbai and Pune. Wankhede Stadium, DY Patil Stadium, Brabourne Stadium in Mumbai and MCA International Stadium in Pune have been chosen as the venues to host the 15th edition of the tournament as a part of precautionary measure, owing to the prevailing COVID-19 scenario in the country. The pitch report, T20I and IPL records of the Wankhede Stadium, Mumbai can be found ahead in the article.

The 74-match competition will begin on March 26 with the clash between defending champions Chennai Super Kings and last year’s runner-up Kolkata Knight Riders. Wankhede Stadium will host the tournament opener.

Talking about Chennai Super Kings, they will walk into the league with the same set of core players. MS Dhoni again is in the command of the team. While their bowling lineup has witnessed changes, batters are close to similar from the last season.

On the other hand, Kolkata Knight Riders have formed a new group with a new skipper, Shreyas Iyer. The side boasts of a great bowling unit but batting remains their worry as they head into the tournament.

If you look at the T20Is played at the venue, it indicates the fact that the pitch favours the side batting second. As dew comes into play in the second innings, it will become relatively easier to chase the target. The pitch assist pacers during the initial overs of the first innings while runs may come easily once the powerplay is done. Spinners rarely get any help from Wankhede pitch in T20 matches.

These are the most recent records of the stadium. These stats will give you a clear picture of how Wankhede pitch plays during the IPL matches. A total of 10 matches of the last season were played at Wankhede before the league was shifted to UAE.

As the IPL holds a large sample size, this set of records provide a clear vision.