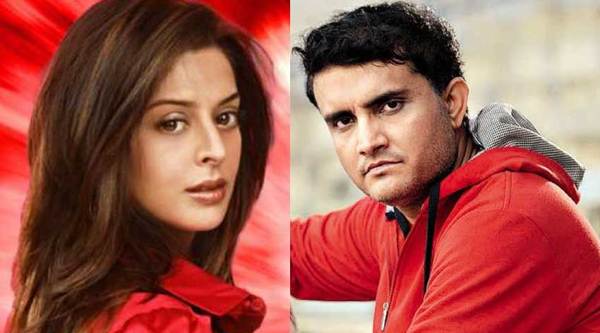 It can get really hard for a cricketer now-a-days to maintain a private life. Social media operates at its peak best to gather and share every ounce of reliable information to the public. Sure, there are some facts that cricketers would like to make public, like birthdays or anniversaries. In India, there is fan-following around the wives of iconic players. Anushka Sharma Kohli, Ritika Sajdeh and Sakshi Dhoni are really popular names among Indian fans, part of the reason being how well their husbands perform for India on the cricket field.

However, fame does come with its fair share of cons. Too much publicity can often invade a bit too much into someone’s life. The effects of this extra publicity, at times, can be detrimental to the said person and their lives. In the past, former Bollywood actress Nagma revealed certain facts to the public, which might put the life of one of her ‘friends’ in close jeopardy.

Sourav Ganguly is one of the most revered figures in Indian cricket. Back in his playing days, fans credited him for instilling the base of a ‘winning culture’ in the Indian team. Under his captaincy, India even made to the finals of the 2003 World Cup. He retired from international cricket in 2007 while he played the IPL for 5 more years. Fans all across the globe really enjoy his commentary, but that might have to take a break for some time, since he has recently taken over as the BCCI’s president.

However, long before he had achieved success one could only be envious of, ‘Dada’ was in a relationship with Bollywood actress Nagma. While no-one had ever acknowledged the circulated claims at the time, Nagma, in an interview, just about admitted their relationship in public. In an interview with Savvy, Nagma said, “Whatever one says, nobody has denied anything. As long as we don’t deny each other’s existence our lives. Anyone can say anything they want.”

The revelation comes more shocking than it probably should, mostly because at the time, many believed Sourav and Nagma to be in an extra-marital affair. Sourav married Dona Roy in 1997, but people believe that their affair continued well until the early 2000’s. Nagma, meanwhile, never married. While Nagma did not directly admit to any extra-marital affair, her revelation certainly puts a lot of things into perspective. In the interview, she also revealed why the two of them eventually, mutually decided to break up.

“Had to think of the bigger picture”

“We were still very young in our careers, besides other things, so we had to move on.” Nagma explains. “One has to weigh a lot of things, rather than be on an ego trip and insist on being together. Over time, the longer term scenario dominates the smaller picture. Indian fans cannot really separate personal lives from professional lives, which is very weird.”, she adds. She also mentions that they didn’t end the relationship with bitterness and in fact still mutually-respect one-another.

While Ganguly went on to become one of India’s all-time greatest cricketers, Nagma too dazzled under the spotlights. She made several more Bollywood appearances before she decided to move South to feature in Kollywood movies. After playing a few more roles in Bhojpuri and Tamil films, she eventually decided to embark on a political career with the Indian National Congress in 2004.