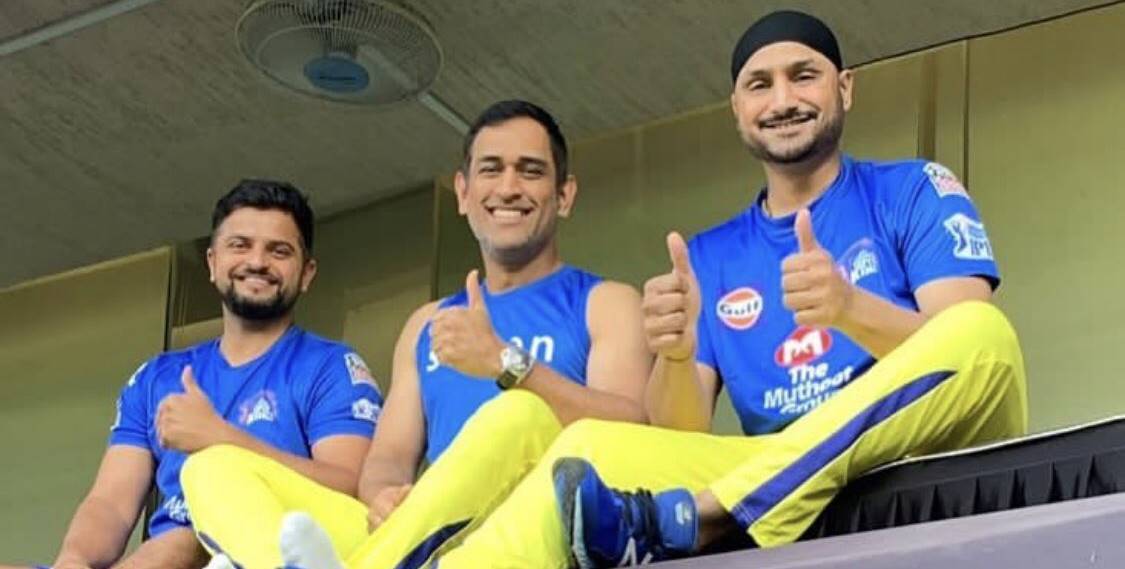 The exit of senior members – Suresh Raina and Harbhajan Singh from the team just before the league kicked-off could definitely have hampered preparations in the Chennai Super Kings camp. But they got down to business in the season-opener and got the better of defending champions Mumbai Indians. And at the post-match presentation, captain MS Dhoni made a brief comment that could rather be taken as a jibe at the duo, Suresh Raina and Harbhajan Singh. So, was it?

MS Dhoni’s Post-Match Comment – A Jibe?
MS Dhoni raised a few eyebrows during the post-match presentation. It was a comment that Dhoni made which perhaps could be a jibe at teammates Suresh Raina and Harbhajan Singh.  “As cricketers, we easily criticize stuff” – a line that many feel was hinted towards the duo who left the camp before the league kicked off.

Dhoni was all praise of the organizers for their efforts in managing and conducting such a high calibre event amidst the ongoing pandemic and uncertain times. “It is an amazing job done by the IPL, especially ones behind the scenes. To make it happen there are a hundred different things; as cricketers we easily criticize stuff”, Dhoni added

MS Dhoni’s Tactical Class
Well, MS Dhoni did what he’s been doing over the years – got his tactics right in the run chase against the Mumbai Indians. Promoting the likes of Ravindra Jadeja and Sam Curran above him, turned out to be a bold decision as the duo returned with useful contributions. Till the time Dhoni walked in to bat (facing a mere 2 deliveries), the equation was already settled in favor of CSK.

CSK Finally Get One Over MI
Having not beaten the Mumbai Indians since 2018, MS Dhoni led Chennai Super Kings finally got one better when they beat MI by 5 wickets in the season-opener of the 2020 edition. The win came after a string of five consecutive losses to Rohit Sharma’s men.

It’s always good to start off on a winning note, and that’s exactly what CSK have done. In the build up and even the outcome, there were no signs what-so-ever of missing senior duo of Suresh Raina and Harbhajan Singh. So, whether Dhoni’s post-match comment was a jibe or not could just be another whiff of controversy surrounding the CSK camp.