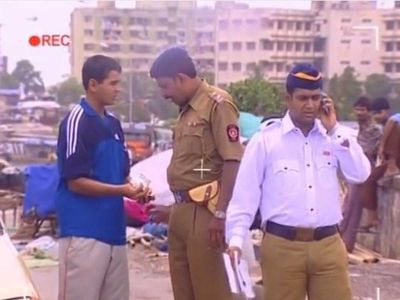 Indian ‘keeper-batsman Parthiv Patel announced his retirement from all forms of the game on Wednesday morning. In his 18-year-long journey, the baby-faced Ahmedabad gloveman was involved in some of the Indian national team’s most iconic moments; both on and off the field.

Test debut at just 17 years of age for Parthiv Patel

His test debut against England in Trent Bridge, for instance, at just 17-years of age, remained a long-standing national record for quite some time. Not to mention, some of the brilliance he showed early on in his career in the away tours to Pakistan and Australia. Sadly, an inconsistent, injury-marred run, coupled with MS Dhoni’s ascension to captaincy, kept ‘Mota Bhai’ relegated to the role of a fringe player for the better part of his career.

But outside cricket, Parthiv has had quite a reputation as a jolly, fun-loving bloke. His sledging incident against Matthew Hayden in the 2004 Sydney test is a fan-favourite side-show in the Border-Gavaskar series’ history. But ‘Nikke’s funniest off-field moment came way back in 2003, when he was at the receiving end of a prank.

MTV’s ‘Bakra’ was a popular prank show in the early 2000 era. The comedy show’s format revolved around the hosts guising themselves and playing candid pranks on unsuspecting people. People, who, on many occasions, happened to be celebrities, like Rahul Dravid.

Well, turns out that the Bakra team of Cyrus Broacha and Cyrus Sahukar managed to get Parthiv under their radar at one point. And the footage they acquired off him was pure comic gold.

It happened in 2003, when Parthiv was still in his burgeoning days as a cricketer. He was travelling in Gujarat via a taxi when the cab-driver abruptly complained of some chest paint. Apparently, the cabbie seemed in no condition to be driving any further and even requested Parthiv to escort him to a hospital. The latter consented.

‘Policemen’ deny Parthiv’s legal driving license, make him do situps on the road

The ride was going smoothly until Parthiv ran into two policemen demanding his driving license. To further complicate matters, they accused him of underage driving and even nullified his legal 18-year-old license.

A desperate Parthiv tried his best to convince the officers; even trying to pay them a hefty monetary fine at one point, but they wouldn’t budge. Ultimately, it came down to him doing situps in the middle of the road on the policemen’s order.

By this point, the pretend-officers were unable to control their laughter and finally revealed their identities. Parthiv, being the good sport that he is, had a good laugh on the matter later. Here’s a video summary of the comical ‘Chalan’.