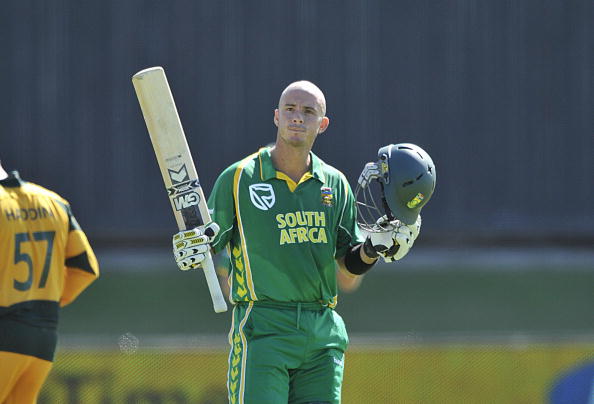 Every batsman desires to hit 6 sixes in over but this work is not a cakewalk. There are a handful of players who have achieved this rare feat. Only batsmen with aggressive batting style can do this as hitting 6 consecutive sixes requires power and focus. Former Proteas batsman Herschelle Gibbs is the first batsman who hit 6 sixes in over in international cricket.

Gibbs 6 Sixes In Over

The world witnessed the storm by Gibbs on March 16, 2007, in South Africa vs Netherlands match. This was South Africa’s first match in the World Cup 2007. Graeme Smith-led South Africa was invited to bat by men in orange. In the 2nd ball of the match, AB de Villiers lost his wicket on the duck. However, this was the only good thing for Dutches in the match.

Graeme Smith and Jacques Kallis put together a 114-run partnership for the 2nd wicket. After the fall of Smith’s wicket, the momentum was carried by Kallis and Gibbs. During the partnership, the world witnessed the act which they had never in international cricket. Herschelle Gibbs went on to hit 6 sixes in over of leg-spinner Daan van Bunge, becoming the first batsman to do so in international and ODI cricket.

Gibbs was out after scoring 72 runs off 40 balls and during the knock he smashed 4 fours and 7 sixes. Mark Boucher who came to bat next to Gibbs also played with the same momentum and went on to score unbeaten 75 off 31 balls. On the other hand, Jacques Kallis completed his century and remained unbeaten at 128 off 109 balls. The combined effort of the top order took the Proteas side to a score of 353. In reply, the Netherlands could score only 132 runs in 50 overs.

Later that year in T20 world cup, Yuvraj Singh became the 2nd batsman to hit 6 sixes in over in international cricket. Yuvraj has smashed 6 off 6 against Stuart Broad  Since then no other batsman has achieved the feat in internationals. However, the likes of Sir Garfield Sobers, Ravi Shastri, Alex Hales and Hazratullah Zazai have done this in domestic and league cricket.