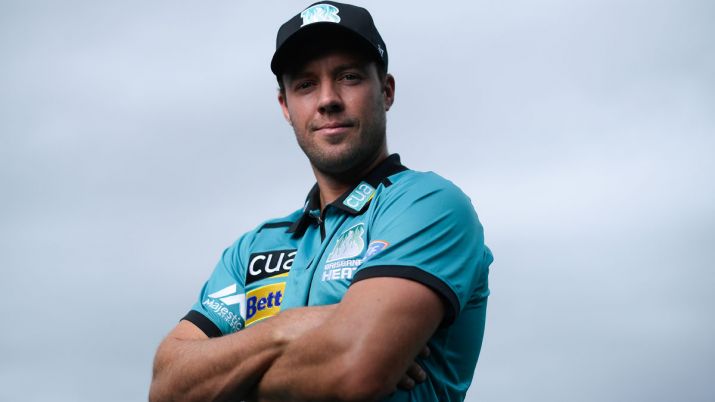 On Sunday, AB de Villiers made his first impression in the ongoing ninth edition of the Big Bash League (BBL 2019-20). Since the start of this edition, AB de Villiers is the part of Brisbane Heat, however, was unavailable for the playing 11 till January 13. Meanwhile, in the 36th match of the ongoing season, AB de Villiers opens up his account with a cracking shot in the very first delivery.

Not only this but also he helped the Brisbane Heat to chase down the target with the knock of 40 runs off 32 balls. Amidst all, the cracking shot in the very first ball has won the hearts of millions of fans around the world. The official twitter handle of the Big Bash League has shared the video of the incident. They have shared the video with the caption, “Crack! The beautiful sound of bat on ball as AB de Villiers crunches a boundary on his very first ball #BBL09.” Here we are attaching the video of the same at the below of this article.

Earlier in the match, after winning the toss Adelaide Strikers decided to bat first at the Gabba in Brisbane. Meanwhile, in the first innings, the visitor’s team could manage to score only 110 before getting all out in 19 overs. From Adelaide Strikers only Rashid managed to score 20+, as he scored 28 off 27 balls.

In the reply, Brisbane Heat comfortably chased down the score inside 16 overs and hence won the match by 7 wickets. Matt Renshaw from Brisbane was the top scorer, he has scored unbeaten 52 runs off 45 balls. Jame Pattison awarded with ‘Player of the Match’ for his five-wicket haul in his four overs.

Crack! The beautiful sound of bat on ball as AB de Villiers crunches a boundary on his very first ball #BBL09 pic.twitter.com/PfkxO4ExKm