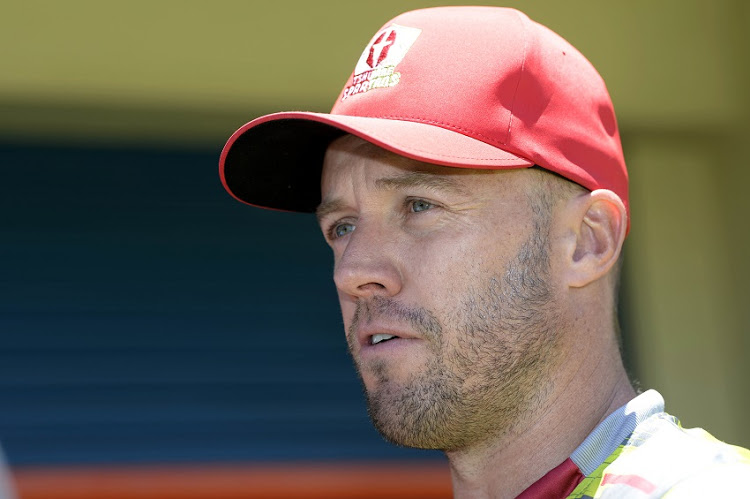 After a long time world’s best batsman AB de Villiers shows his aggressive batting strokes in the ongoing Netwest T20 Blast Tournament. This was his debut match in the Netwest T20 league. Meanwhile, he comes up with a special knock of strike rate 204.65, fans get a entertaining innings.

In the knock he scored unbeaten 88 runs off just 43 balls. This innings from South African sensational batsman includes of 5 fours and 6 sixes. On Thursday, while South Africa former cricketer reached his fifty off just 29 balls at Lords cricket ground, took his team Middlesex towards a victory.

The video of the 35-years-old batsman’s special knock has been shared by Midllesex Cricket through their twitter handle. In the caption they further added, “A debut to remember for @ABdeVilliers17 A breathtaking 88 from 43 balls last night. Here are the highlights…”

This was his first T20 match since he played for Royal Challengers Bangalore (RCB) in the IPL 2019. IPL 2019 was not that much good for Mr. 360 as his team stood at the last position in the points table.

Also Read: This Is Why Ganguly and Sehwag Can’t Become New India Coach

🔥 A debut to remember for @ABdeVilliers17 🔥

Here are the highlights… pic.twitter.com/hh9cRCzuvy

A Short Summary of the match:

After winning the toss Midllesex invited Essex to bat first at Lords Cricket Ground in London. With the help of class bowling they restricted Essex for a score of 164 in 20 overs. Meanwhile, chasing a target of 165 they had lost two early wickets at the score of 39. Then, AB de Villiers along side with Midllesex captain Dawid Malan added 105 runs for the third wicket. Later on, Midllesex comfortably defeated Essex by 7 wickets with remaining 18 balls.