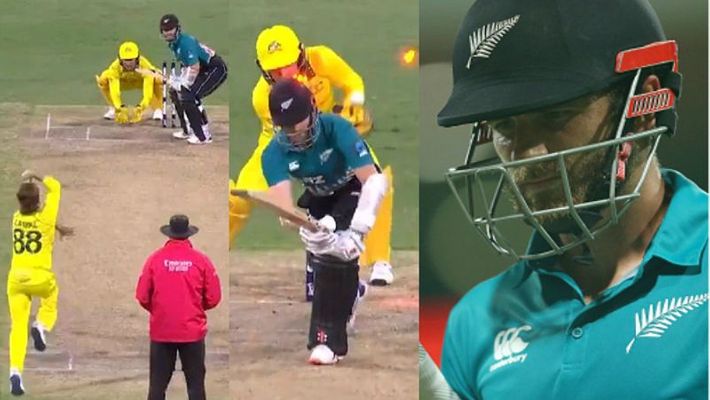 After the first match of the Aus vs NZ ODI series, the next two matches have been suspended after travel measures. The full tour was scheduled to play in empty stadiums. On 13 March, both teams played the first match of the series at Sydney Cricket Ground. Empty stands made fielders’ life difficult as after every six they had to go to the stands to pick the ball.

Still, the match gave enough moments to cheer to fans who were watching the match in front of their TV sets. After winning the toss Australia decided to bat first. Dangerous opening pair of the Aussies Finch and Warner put Kiwi side under pressure from the start. Both batsmen reached their fifties and put a 124-run partnership for the first wicket.

However, the home side lost the wickets of Smith and Short cheaply. Later, Labuschagne alongside Mitchell Marsh held the situation and took the team’s to total to 258 in 50 overs. During the chase, the Kiwi side had a slow start but didn’t lose any wicket until 10th over. Williamson and Guptill were building a partnership for 2nd wicket and it started frustrating the Aussie bowler.

However, a magical delivery of spinner Adam Zampa helped the Kangaroos get rid of Kiwi skipper. It all happened in the 20th over of the innings when the leggie bowled a googly to Williamson. The experienced batsman was totally tricked by Zampa’s delivery as he played a shot for leg-spin. The gap between bat and pad was enough for the ball to slide through.

New Zealand was all-out at 187. Zampa and Hazlewood got two wickets each while Cummins and Marsh picked 3 wickets each in their economical spells. The next two matches of Aus vs NZ ODI  series have been called-off due to increasing threat of the coronavirus pandemic.