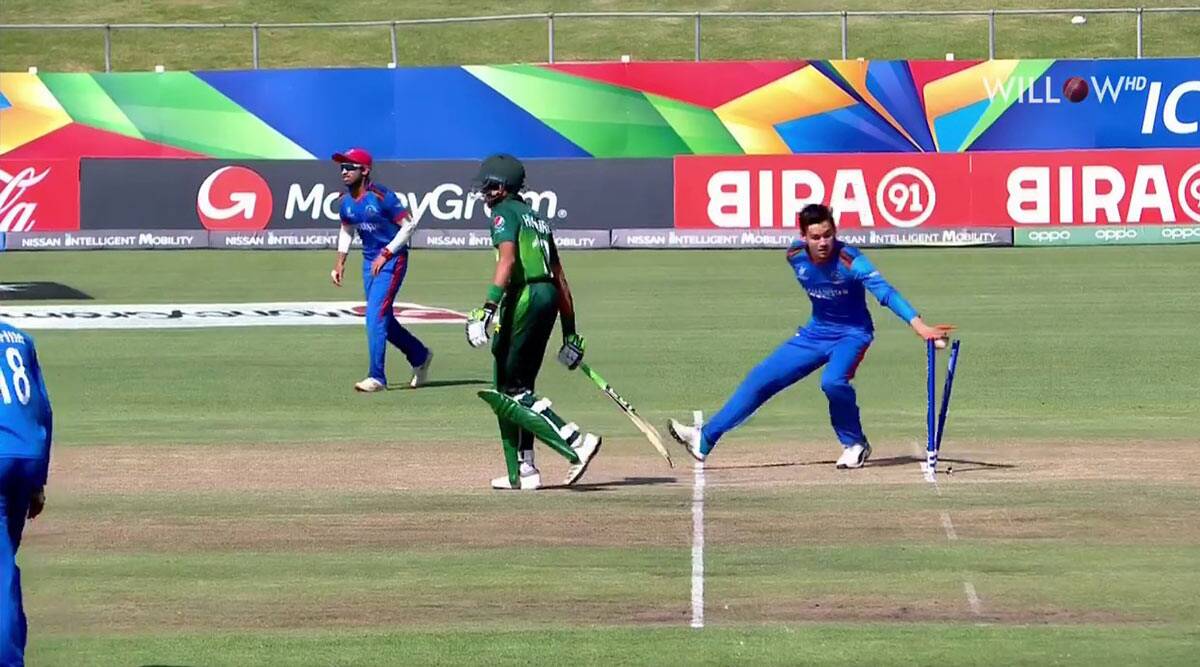 Afghan cricketer Noor Ahmad booked his name for the headlines of the day with his controversial on-field action. The young-spinner ran-out Pakistani opener Mohammad Huraira at the non-striker’s crease in the quarter-final match of the under-19 cricket World Cup between Afghanistan and Pakistan at the Willowmore Park in Benoni.

The mode of dismissal, commonly referred to as ‘Mankad’-ing, has been perpetually marred with controversy. Back in 1947, Indian left-arm spinner Vinoo Mankad was the first individual who affected this form of dismissal in a prominent international game. Mankad ran-out Australia’s Bill Brown in a test-match in Sydney, when he noticed that the latter had moved substantially away from his crease. Ever since, any occurrence of ‘Mankad-ing’ has sparked up serious debates in cricketing fraternities.

Prior to this, the most recent instance of Mankad-ing happened in an IPL match last year, between the Kings XI Punjab and the Rajasthan Royals. Punjab captain, Ravichandran Ashwin, boldly dismissed Rajasthan batsman Jos Butler when the latter moved out of his crease before the delivery could be complete. Ashwin’s move polarized entire sections of the cricketing fraternity; many fans supported the legality of the wicket and lauded Ashwin for his game-awareness. On the other hand, a fair number of people bashed the Punjab captain; questioning his ethics and claiming his actions were against the spirit of the game.

It’s too early to comment just yet if Noor Ahmad’s move will have similar, polarizing consequences. Noor had come in to bowl the 28th over of the innings.  On his fifth-ball, Noor stopped midway through his short run-up, and knocked the bails out of the stumps at his end of the pitch. Even before Huraira could comprehend what had elapsed, Noor and his teammates started to appeal. The on-field replays confirmed that Huraira had his bat above the ground, several inches outside the crease. The third-umpire didn’t take long before pronouncing Huraira out. The Pakistani batsman decided not to argue; instead, just swatted his bat in frustration.

Here is a clip of that Mankad dismissal from Noor Ahmad

Noor Ahmed used the Mankad mode of dismissal to see off Pakistan's well-set Muhammad Hurraira for 64!

Interestingly, Noor Ahmad is not the first player to run-out a non-striker batsman in an under-19 cricket World Cup match. Back in the 2016 edition in Bangladesh, West Indies Keemo Paul had done pulled-off a similar move against Zimbabwe’s Richard Ngarava. That wicket, in-fact, came under a much-more controversial back-drop, as Zimbabwe had required only 3-runs to win the match. Ngarava’s wicket helped the West Indies win a do-or-die match, and from that win, the team went on to win the tournament.

Speaking of this match; the wicket somewhat opened up the game for the Afghans, who were struggling up-until that point. Huraira looked well-set to single-handedly win the match for Pakistan, and his wicket did slow down their momentum. However, the young men-in-green displayed their level headed-ness as they comfortably polished off the chase by 6-wickets. The victory takes them to the semi-final of the under-19 World Cup. Much to the fans’ excitement, they’ll play against arch-rivals India in a high-voltage semi-final clash.