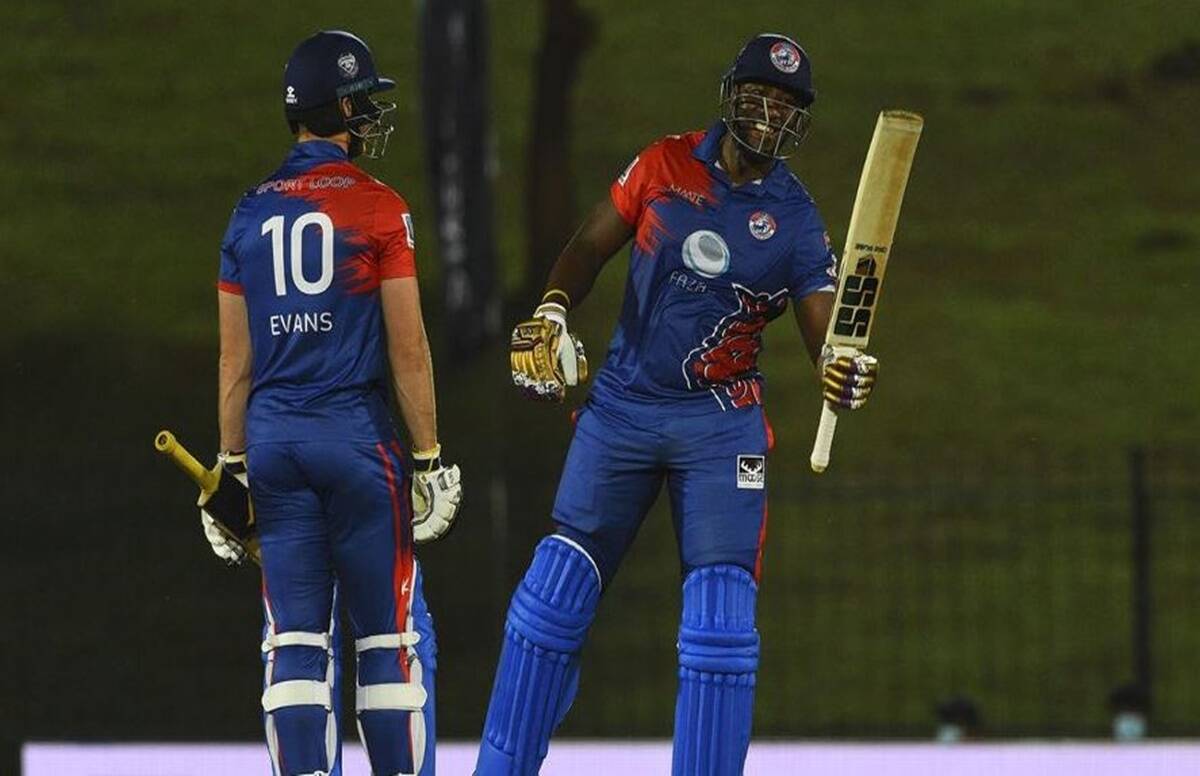 Hard-hitting Caribbean all-rounder Andre Russell has been in strong form in the ongoing Lankan Premier League (LPL) season. Just a few games fresh from blasting a 14-ball 50 against Galle Gladiators, the Colombo Kings’ marquee-star was back to his brutal best against the Jaffna Stallions. Brutal, in the most literal sense of the word.

Friday’s low-scoring match between Jaffna and Colombo saw an exciting turn of events, as Dre Russ and his fiery pyrotechnics added some much-needed flavor to the match. The muscular Jamaican all-rounder blasted 32-runs of 20-balls, hitting 2-fours and 3-sixes in his innings.

Jaffna pacer Binura Fernando had to bear witness to a particularly rambunctious form of Russell in his bowling spell. The 25-year-old left-arm-quick conceded 23-runs of the innings’ sixteenth over. 20 of those came off Dre Russ’ bat, in the form of two fours and as many maximums.

In fact, shortly after Russell collected his 3rd boundary from the over, the umpires and Jaffna’s captain Thisara Perera needed to have a quick discussion about the ball’s condition. Thisara seemed unhappy about the lackluster leather threading around the white cherry. Sure enough, two balls later, the umpires had to officiate a ball change. Apparently, Russell’s ruthlessness with the striking had, literally, ‘broken’ the ball! All the personnel involved- including Dre Russ himself- appeared quite dumbfounded by the whole incident. Here’s the video:

Unsurprisingly, Colombo polished off their 149-run target chase comfortably with 4-balls to spare. Opener Dinesh Chandimal starred in the victory with a 51-ball-68. Wanindu Hasaranga, 4-0-23-2, emerged as Jaffna’s most successful bowler from the evening.

In fact, Wanindu’s all-round brilliance was what kept Jaffna in the contest for the longest while. Earlier in the first innings, he blasted 41 off 23-balls, collecting 7 fours and a six in his knock. His batting played a big role in mitigating an otherwise miserly bowling exhibition from Colombo, who had each of their bowlers among the wickets. Qais Ahmed, with figures of 3-0-24-3, finished as their best bowler.

Both Colombo and Jaffna are tied with 8-points on the table; the latter lead the chart on virtue of their better Net Run Rate (NRR). Both teams play their next fixtures on Monday: Colombo against Galle, Jaffna against an upcoming Dambulla.