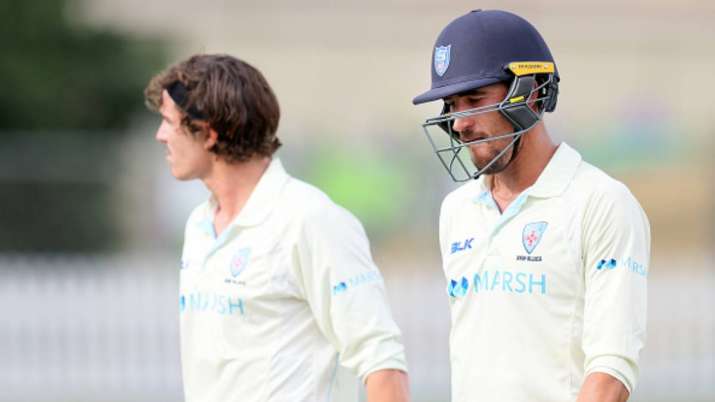 Australian speedster Mitchell Starc expressed a rather livid side of his personality after unfairly missing out on a maiden first-class century. The Southpaw allrounder was close to reaching the coveted three-figure-mark in New South Wales’ (NSW) Sheffield Shield game against Tasmania (TAS), but an untimely declaration from his captain robbed him of the golden opportunity.

The NSW vs TAS clash saw as many as 3 Blues players scoring centuries, including five-down batsman Sean Abbott. Starc, batting on 86, looked eager and well set to join the Blues’ quartet of centurions. Unfortunately, though, his captain Peter Nevill chose to declare right after Abbott’s 100; seemingly satisfied with his 347-run lead heading into the game’s final session. Consequently, an angry Starc had to walk back to the dressing room with an unbeaten, 86-run knock to his name.

The last time Starc reached this close to scoring a century was way back in 2013; when he compiled a gritty 99 against India at Mohali. Suffice to say. the veteran of 103 first-class matches was pretty upset about missing out on a deserved 100. Shortly after making his way back to the Pavillion, video footage captured Starc annoyedly discarding his bat and gloves in the dressing room. Here’s the video:

Peter Nevill declared while Mitch Starc was on 86*…

But as it turned out, Nevill’s decision of declaring prematurely helped NSW in the long-run; as fast-bowler Trent Copeland snared Tasmania openers Jordan Silk (16) and Charlie Wakim (0) inside the first ten overs. Tasmania ended the day at 26/2, trailing New South Wales’ mammoth target by 321-runs.