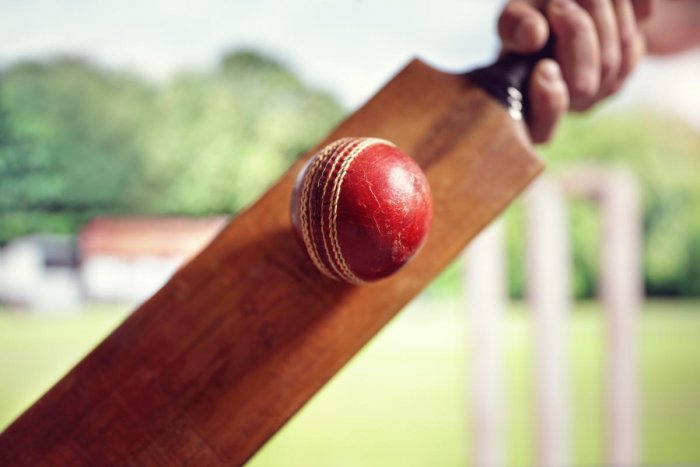 During Thursday’s Ranji-Trophy match between Karnataka and Baroda, BCCI-contracted commentators Sunil Doshi and Rajinder Amarnath made some statements which caused some major dissent among fans on social-media. Doshi, a Padma-Shri awarded Hindi journalist, alongside his colleague Amarnath, copped severe flack for publicly propagating misinforming-claims, like Hindi is the ‘mother-tongue’ of India.

The moment of controversy came during the seventh-over of Baroda’s second-innings. Amarnath started a conversation in the commentary-box by praising fellow-commentator Sunil Gavaskar for doing Hindi-commentary. “I liked the fact that Sunil Gavaskar is commentating in Hindi and is giving his valuable opinions in the same language”, said Amarnath. “I also loved it that he called the dot ball as a bindi-ball”.

Real controversy stirred up a few moments later, though, when Amarnath further resonated his appreciation towards the Hindi language. “Every Indian must know Hindi, it’s is our mother tongue. There isn’t any language bigger than Hindi”. His colleague Doshi, who has a commentary box at Indore’s Holkar stadium named in his honor, echoed the sentiment. “I’m angry with the people who say, ‘We are cricketers but we still speak Hindi.’ You live in India, you will obviously speak the language of India. What is there to be proud of?”.

Much to their discredit, there are several bits of officially-recorded information which contradicts their claims. To begin with, the 2011-National census clearly states that only 43.6 percent of Indians speak Hindi. The percentage of people who recognize Hindi as their mother-tongue further narrows down to 26 per-cent. In fact, 56.37 per-cent of the Indian-population do not identify the language as their first-language or mother tongue. Lastly, the Indian constitution, in its rudimentary principles, states that devnagari-script Hindi is, in-fact, the official-language of India.

Needless to say, the blatant inaccuracy of the statements didn’t go unnoticed by fans. Several people went-on further to imply that the commentator-duo were trying to impose Hindi upon the Indian population. People tweeted out to broadcasters STAR Sports to take immediate action. Some pointed out the irony of focusing on Hindi language in a cricket-match involving two, non-Hindi speaking states. Here are some of the more popular comments.

For the uninitiated, here you go again: India DOES NOT have a national language, and you can't impose a language or a culture on anyone. If you still do have any doubts, read up on the Constitution and not lousy WhatsApp forwards #StopHindiImposition #RanjiTrophy #KARvBRD https://t.co/Iwv37kW1yA

My mother tongue is kannada..don't impose Hindi on us

@StarSportsIndia Please take action against this mininformation on a national channel. #StopHindiImposition

Later on, Amarnath did try to redeem himself by clarifying the true-significance of his comments on-air. “I do not intend to impose any language, or hurt anyone’s sentiments, for that matter. The country has well-over a 1000 languages as part of its heritage, and everyone should proudly speak in the language they are most comfortable with.” Speaking to reporters at the end of the day’s play, he elaborated on the issue. “I meant to say that every Indian ‘could’ know Hindi rather than ‘should’. When I came to know somebody had objected, I said I deeply regretted it,” he concluded.