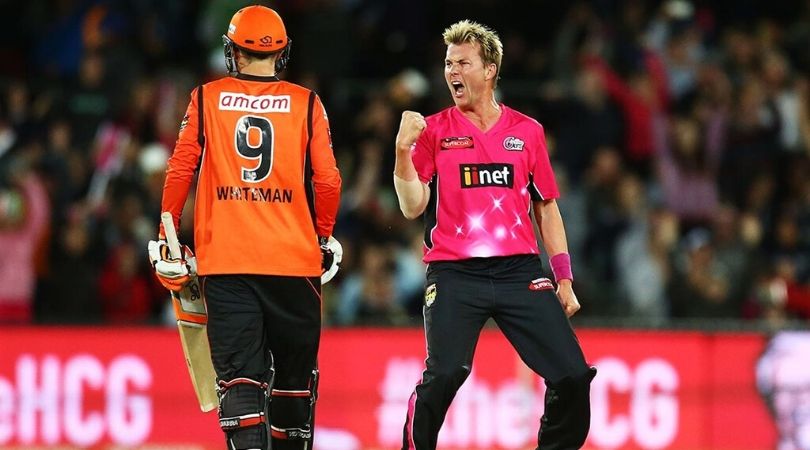 Brett Lee’s Thrilling Last Over In BBL 2014-15 Final Match: A T20 format league always come with something thriller for the fans as the league is the shortest format and the result can be changed with one good over either for batting side or bowling side. Australian Big Bash League is one of the leagues which has always something exciting for the cricket fans. Meanwhile, on Tuesday Cricket Australia over Twitter handle recalled a thrilling over by Brett Lee of the 2014-15 season finale.

Actually, on Tuesday, it has been five years completed for the one of the wildest finish ever had in cricket history. Cricket Australia took to Twitter to share the video of the final over thriller. They have added the video with the caption, “It’s five years to the day since the wild finish in the @BBL|04 final. @BrettLee_58 ‘s last over of Big Bash cricket.” Here we are attaching the video of the same at the below of this article.

During the final match of the Big Bash League 2014-15 between Sydney Sixers and Perth Scorchers at Canberra, legendary Australia fast bowler Brett Lee had bowled a magical over to sign off his career. However, Sydney Sixers had to lose the match as the luck was not in their favour on that day.

After conceding 7 runs in the first 3 deliveries of the final over, then Brett Lee took two back-to-back wickets and gets on the hat-trick ball. However, in the last ball batsman sneak a single run.

It's five years to the day since the wild finish in the @BBL|04 final.@BrettLee_58's last over of Big Bash cricket! pic.twitter.com/JKsHX3XVmN