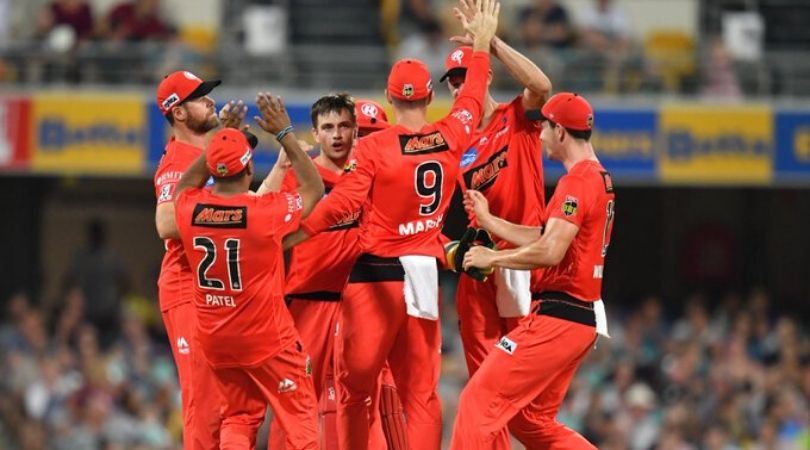 Brisbane Heat Terrible Batting Collapse, Lost 10 Wickets For 36 Runs In BBL 2019-20: Big Bash League (2019-20) is currently at its final stage of the first round matches. Meanwhile, for the top positions, the teams are trying very hard in order to qualify for the next round. Hence, the interest in the league at this moment is at its peak and every match is coming with a special treat for the fans. In the recent match between Brisbane Heat and Melbourne Renegades, one of the worst collapses of BBL history made its impression.

During the 44th match of the ongoing ninth edition of the Big Bash League, Brisbane Heat lost their 10 wickets for the score of 36 only. So far in the BBL history, it is one of the worst collapses ever had. It is worth mentioning that Heat lost their last seven wickets for as many runs as their batsmen appeared to be utterly clueless against the visiting bowlers.

The video of the Brisbane Heat’s terrible batting collapse is getting viral over the internet. Here we are attaching the video of the same at the below of this article.

Earlier in the match, while chasing a target of 165, Brisbane Heat got a good start as the openers Sam Heazlett and captain Chris Lynn scored 84 runs partnership. It was looking an easy win for the Brisbane Heat after getting a good start, however, thereafter something happens which is very hard to believe for the fans.

Actually, once skipper Chris Lynn got out to Renegades pacer Andrew Fekete on the last delivery of the last over of the powerplay, the batting line-up of Brisbane completely gets collapsed. After the dismissal of both the openers, no other batsman looked comfortable to bat in front of the Renegades bowlers. AB de Villiers could score 2 (2), Matt Renshaw 0 (1), Joe Burns 14 (21) and Ben Cutting 5 (5).

This is a batting collapse you just have to see in order to believe 😱 #BBL09 pic.twitter.com/bVtc6CYXyh