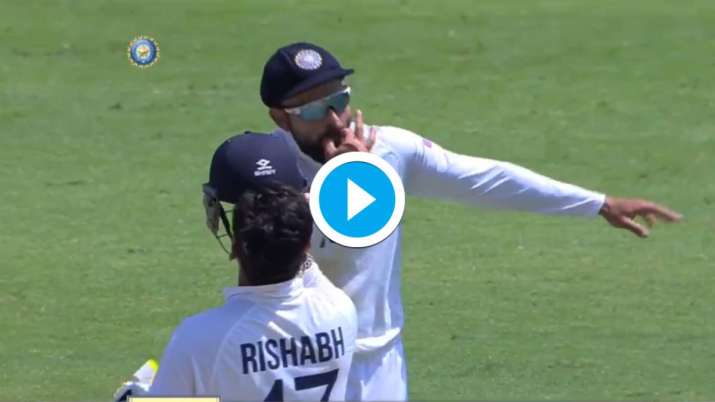 Hosts India have managed to strongly consolidate their opening advantage of winning the toss on the second day of the India-England test match at Chepauk. Following a day of strong batting performances from Rohit Sharma and Ajinkya Rahane, the Indian spin-bowling attack wreaked absolute havoc on the tourists’ line-up.

India poised well at the end of day 2.

India’s day started on a bittersweet note, as the English bowling attack wasted little time in cleaning up the Indian tailenders. ‘Keeper-batsman Rishabh Pant stayed unbeaten on 58 to propel the hosts’ scoreboard to 329.

The English batting lineup, which, until not too long ago, looked quite at ease batting in the sluggish subcontinental conditions here; had no answers this time around on a rapidly deteriorating pitch. Barring wicket-keeper Ben Foakes (42*), no other English batter seemed at ease against the Indian onslaught. Eventually, the team folded for 134-runs, barely avoiding a follow-on by 5-runs. India’s third innings, meanwhile, has gotten off to a decent start, reading 54/1 with a hefty 249-run lead.

Meanwhile, the passionate Chepauk crowd sure did enjoy seeing their home-team dominate in such a comprehensive fashion. The fans didn’t shy away from showing their passion and support for the gentlemen’s game; a fact that India captain Virat Kohli greatly used to his advantage on the field. At some point during England’s innings, Kohli was seen egging the fans to ‘whistlepodu’ in support of the home team. He even

The gesture of ‘whistle-podu’ to convey support is exceptionally popular in Chepauk, and, by extension, Chennai; thanks to the city’s IPL franchise, the Chennai Super Kings (CSK). And while CSK fans are immensely loyal to their beloved #yellowbrigade, on this occasion, they didn’t mind switching over allegiances to King Kohli’s side! Here’s the official video footage captured by the BCCI social accounts:

When in Chennai, you #WhistlePodu! 👌👌#TeamIndia skipper @imVkohli egging the Chepauk crowd on & they do not disappoint. 👏👏 @Paytm #INDvENG