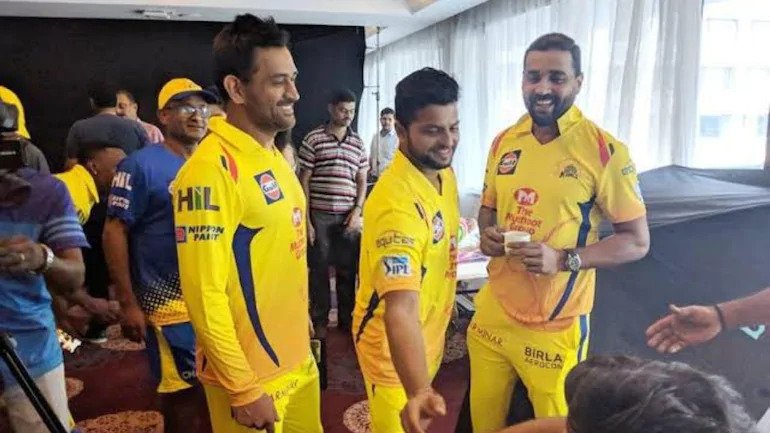 Cricket fans all across the globe were dealt a strong, emotional blow yesterday evening, as former Indian captain Mahendra Singh Dhoni made his decision to retire public on his Instagram account. But even before the fraternity could come to terms with MSD’s shocker-move, and the implications it would have; Dhoni’s Chennai Super Kings’ lieutenant, Suresh Raina, decided to join his erstwhile skipper in their glorious, post-cricket lives.

Dhoni and Raina, fondly referred to as ‘Thala’ and ‘Chinna Thala’ among their CSK fanbase; were both at training at the Chepauk stadium’s pre-season camp before announcing their decisions. Both of them, coincidentally, revealed their plans through their respective Instagram accounts. Mahi first uploaded an emotional-montage of his finest on-field moments with the caption, “Thanks a lot for ur love and support throughout. From 1929 hrs consider me as Retired”. Second-in-chief Raina followed him soon, posting an official statement that read, “It was nothing but lovely playing with you, @mahi7781. With my heart full of pride, I choose to join you on this journey. Thank you, India. Jai Hind!”. And that is how the country bid adieu to two of its finest batsmen.

Thankfully, the CSK media-management team did an amazing job capturing the atmosphere around the dressing room. A few hours after the announcements, they uploaded this video on their Twitter account. The former-batsmen shared a warm, heartwarming hug before joining their teammates and support staff.

Despite their international sabbatical, all isn’t lost for their fans. Summarized none the better than by India vice-captain Rohit Sharma himself. “Will surely miss him in blue but we have him in yellow. See you on 19th at the toss.” Dhoni and Raina’s international departure will surely fuel their, and their fans hunger to perform well at the IPL. They play the season opener against MI on 19 September in the UAE. The team will depart for the emirates by 20th this month.