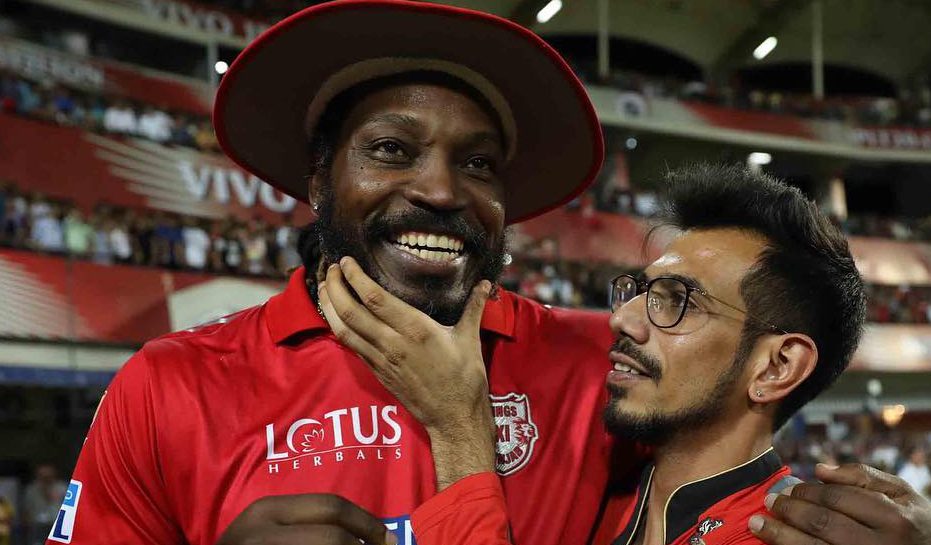 Indian leg-spinner Yuzvendra Chahal has quite an active rep on social media, thanks to his witty, trolling posts. Lately, though, he has been busy training with his Royal Challengers Bangalore (RCB) teammates at the UAE’s bio-secure bubble, and hasn’t been as regular with his usual, entertaining content. But that changed on Thursday, when Yuzi and his recently-engaged fiance, Dhanashree Verma, posted this hilarious impression on their Instagram accounts.

Ever since their engagement, Yuzi and Dhanashree have made several cute ‘couple-posts’ on their pages. Unfortunately, the latter wasn’t able to travel with her fiance to the Emirates, which somewhat disrupted their upload-schedule. Thankfully, they have found a way around this inconvenience and are working towards bringing the entertainment back for their fans.

Earlier today, Chahal took to his Instagram account to upload a parody/ cover of Indian composer Yashwant Mukhate’s recent, viral rap video, “Rasode mein kaun tha?”. The duo humorously synced their roles- Yuzi portraying an aggravated Kokilaben, while Dhanashree played the meek Gopi bahu’s part. It has already received over 800, 000 likes and some really fun comments; one of them from Dhanashree herself- “It’s really surprising that I can watch this on loop @yuzi_chahal23 you’ve nailed it”.

Now it’s our turn ❤️😂 @dhanashree9 Toh batao #rasodemeinkauntha 👀 Love how we can sync together ❤️ . Thank you @kishh.t for creating this amazing edit . @yashrajmukhate yeh lo humara version on your creativity 👏🏻

But undoubtedly, it was Chahal’s former RCB teammate, Chris Gayle, who chimed in with the funniest comment. The 40-year-old Jamaican hard-hitter himself has quite a witty leg-pulling reputation with his teammates. And he gave a strong show of his trolling skills when he posted this comment; jokingly threatening to report Chahal’s Instagram account for its content.

As far as Chahal’s on-field matters are concerned, he’ll certainly be glad to have Australia’s leggie, Adam Zampa, as his partner for the upcoming season. RCB roped in Zampa after fast-bowler Kane Richardson opted out of this year’s IPL for his upcoming, first child’s birth. But given the sluggish nature of the pitches at the Gulf Country, Bangalore would appreciate some extra spin-variety in their roster.