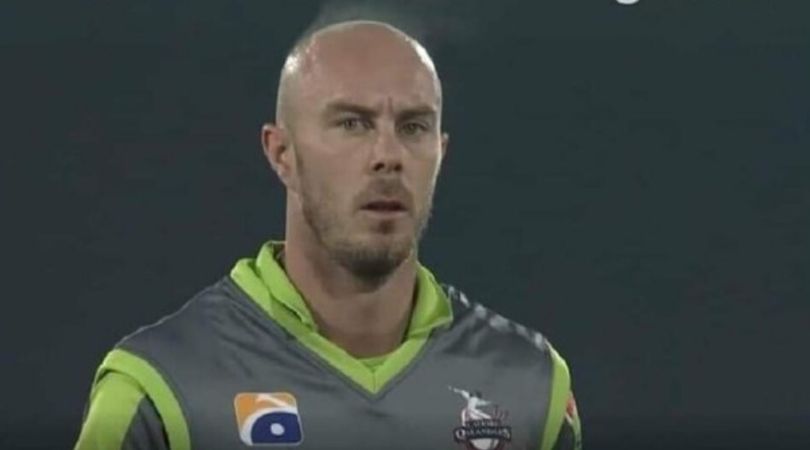 During the 11th match of ongoing Pakistan Super League (PSL) 2020 between Lahore Qalandars and Peshwar Zalmi at Rawalpindi Cricket Stadium in Rawalpindi, Lahore Qalandars batsman Chris Lynn was involved in a bizarre incident. The video of the incident is getting viral over social media platforms. In the video, the Australian player is seen emitting steam from his head while walking.

This hilarious video has invited some funny reactions from social media users. Here we are also sharing the video of the same at the below of this article and some hilarious reaction of the fans after watching the video. In the video, the unusual scene was that the steam emitting from Chris Lynn while he was in anger.

So far in the Pakistan Super League (PSL) 2020, Chris Lynn has scored 80 runs at an average of 26.66 and with a strike rate of 190.4 in three games he has played. In the last game played between Peshawar Zalmi, he had scored 30 off just 15 but was unable to lead his side towards victory.

Earlier in the match, after winning the toss Lahore Qalandars opted to ball first at Rawalpandi Cricket Stadium in Rawalpandi. However, due to the rain the game has reduced to 12 overs each side. Meamwhile, in the first innings, Peshwar Zalmi managed to score 132-7 at the end of the 12 overs. Haider Ali and Tom Banton scored 34 each of 12 and 15 balls respectively.

In the reply, Lahore Qalandars could manage to score only 116-6 at the end of the 12 overs. From Lahare team Samit Patel was the top scorer who scored 34 off just 15 balls. Lewis Gregory awarded with Player of the match for his four wickets in 3 overs with conceeding 25 runs.