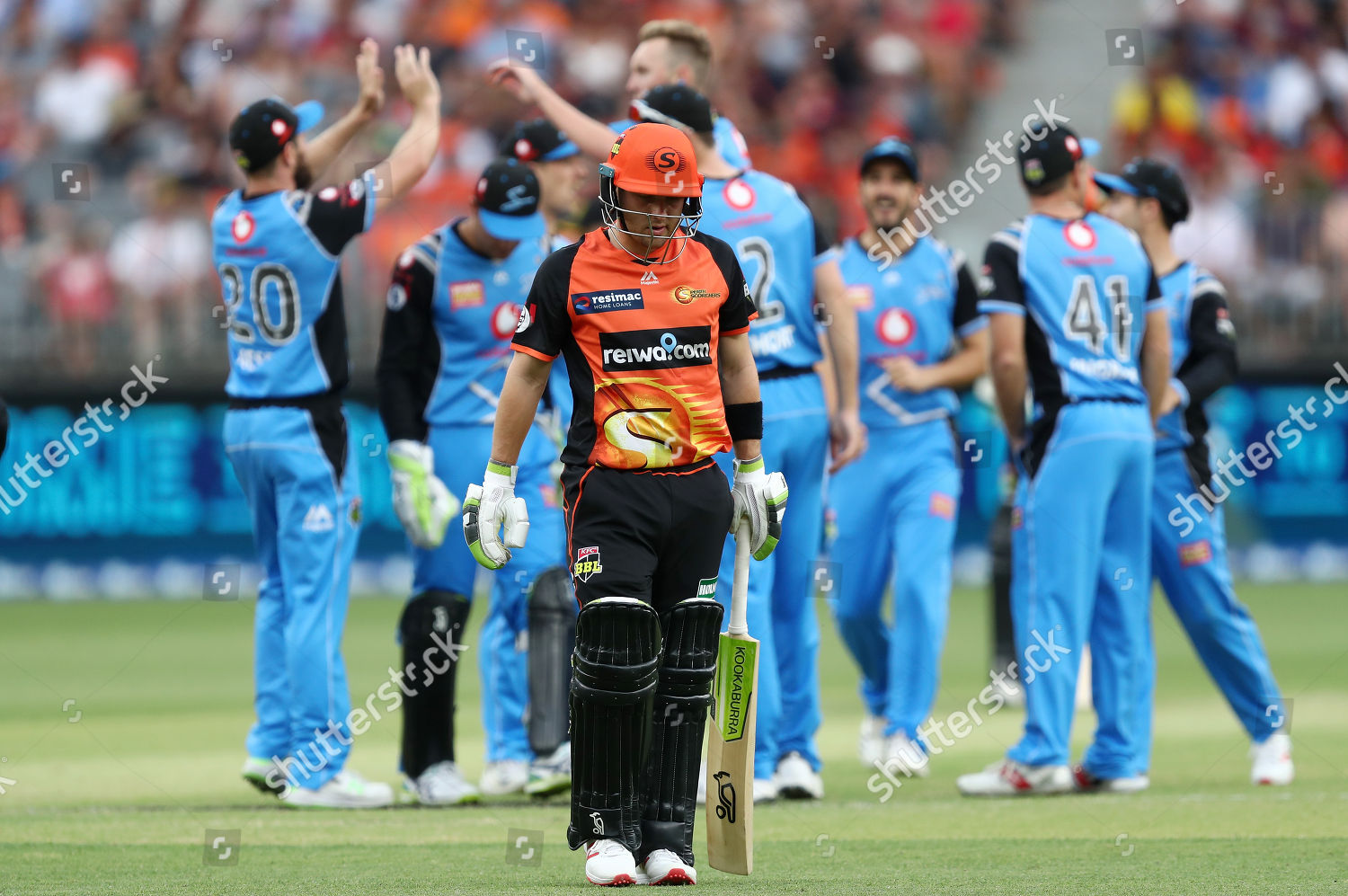 For all the claims of sportsmanship and team spirit one can go on about, factually, there are many a times when you need some luck in cricket. Case in point being none better than the iconic cricket final England and New Zealand played out in the World Cup this year. Despite matching out on scores in both the play phase and the super-over, England were crowned victors based on boundary count. The ICC later felt the rule could cause further controversies in the future. Hence they decided to scrape-off that rule.

But there are moments well within the rules where there is hardly any-one entity or moment to take blame. In today’s BBL game, the Adelaide Strikers got an unwanted taste of some of this unfortunate luck. Playing against the Perth Scorchers at the Adelaide Oval, the Strikers led by Alex Carey had put in a decent first innings total of 198-4. It really was a good batting exhibition, considering they got to bat only 18 overs thanks to a rain delay at the game’s beginning. In reply, the Scorchers blazed away to a fine start. WA Opener Josh Inglis and their English import Liam Livingstone laid the foundation of the chase with a power-packed opening partnership of 124 runs. However, their partnership could have ended a bit sooner had lady luck favored the Strikers in the previous over.

Carey brought lanky pacer Billy Stanlake to bowl in the 8th over of the innings. Strikers desperately needed a wicket to march back into the contest, but Stanlake couldn’t exactly deliver the goods. Both Josh and Liam collected boundaries from his over’s first four deliveries. Liam had just completed his fifty in the last ball, when Stanlake bowled the over’s fifth ball. Length balls were a commodity that Liam took a particular liking to today, so he eagerly tried to pull the gift Stanlake offered him.

But Liam was a bit late with the pull and failed to provide the ball any elevation. In fact, the ball rapidly rolled back in the crease headed for the stumps. And it did hit the stumps, but failed to topple over any of the bails, giving Livingstone an unlikely reprieve!

That wasn’t the end of the commotion. Carey held back an ‘shocked’ reaction to quickly collect the ball and lob it at the non-striker’s end. Inglis was well behind his crease and looked certain to head back to the pavilion…except the ball barely missed the stumps! Carey and Stanlake couldn’t believe their luck, while Liam and Josh were ecstatic over their luck. The commentators, in their animated voices greatly summed up the crazy moment. Here’s is the video.

Flashback to when things *really* weren't going the @StrikersBBL's way!

Thankfully, the Strikers had the player who could deliver the best against the odds. In the very next over, their star-spinner Rashid Khan came in and toppled over both the openers. From there, lady luck seemed to finally move over to the hosts’ side, as the Scorchers experienced a perplexing collapse. The visitors lost 7 wickets for 53 runs, and ultimately fell-15 runs short of the target. Striker’s opener Jake Weatherhald received the Man of the Match award. The south-paw had earlier in the first-innings, blasted away to 83-runs of 47-balls, which laid the foundation for Adelaide’s victory. With this win, Adelaide recorded their first win of the season and moved up to the third position on the points’ table. Perth, meanwhile, have only won 1 game out of three and are reeling in at the 7th position.