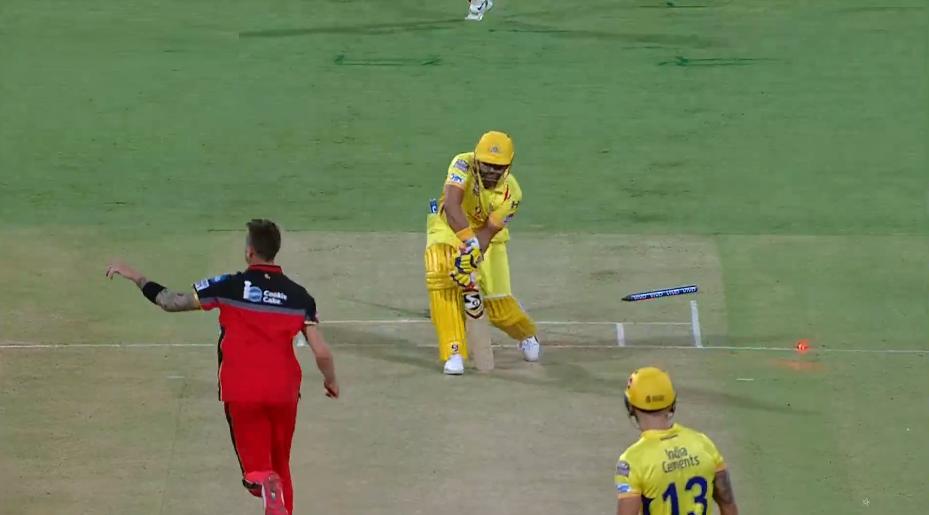 Dale Steyn is undoubtedly one of the greatest pace bowlers the cricket has ever witnessed. He is the highest wicket-taker for South Africa in Test cricket. In 2019, he announced his test retirement with 439 wickets following his struggle with injuries. However, after recovering from his shoulder injury, Steyn once again looking to dominate the shortest format of the game.

In 2019, he made his comeback through IPL as RCB roped him at the middle of the season. In his first match of the season, Steyn picked two wickets against Kolkata Knight Riders conceding 40 runs. Following this match, 36-year old helped Virat Kohli-led side emerge a thrilling 1-run win against CSK.

It was 39th match of the season between RCB and CSK at RCB’s home yard Chinnaswamy stadium. Dhoni won the toss and invited the home side to bat. With the help of Parthiv Patel’s 53 and AB de Villiers, Akshadeep Nath and Moeen Ali’s cameos of 25, 24 and 26 runs respectively, RCB put 161 runs on the board. However, the wicket was suitable for the batsman and CSK bowlers had done well by restricting RCB on a below-par score.

But Dale Steyn was at his best on the day. He bowled the first over of the innings and in the 5th ball, he tricked Shane Watson with his outswinger. The opener drove the ball but it took an edge of his bat and the catch was taken by slip fielder Marcus Stoinis. Suresh Raina came to bat at no.3 and was ready to face the final ball of the first over.

It was the moment when we witnessed one of the best yorkers in IPL. The fiery delivery of the Proteas speedster bamboozled Suresh Raina on a golden duck. Wife of Suresh Raina and CSK fans left in disbelief while there was a wave of thrillness in RCB’s camp. In the powerplay, CSK lost their 4 wickets at the score of 28 runs.