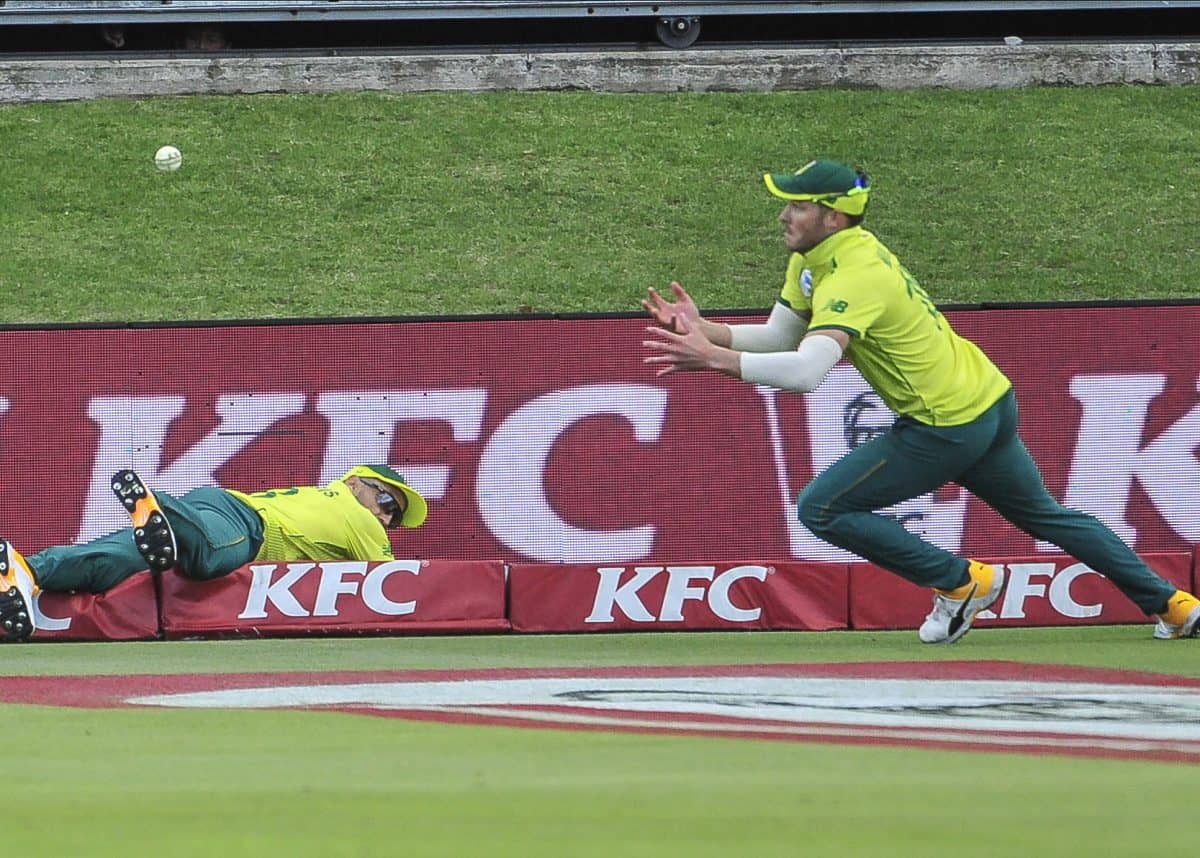 Just a couple hours ago, South Africa completed a dominating 12-run victory against the visiting Australian team in the second T20I at Port Elizabeth. The hosts would be eager to carry the momentum from this 1-1 series-leveling victory to Cape Town, for the finale of the 3-match T20I series. Tourists Australia appear to be just about as much determined for the final-bout. Let’s not forget they have an old-score to settle with the Proteas. A triumph over Quinton de Kock’s side at the iconic Newlands Stadium- possibly the best way for certain Aussie players to avenge scars from a controversy-marred tour.

For one-thing, the precedent for an exciting series-finale has already been well-established. From an Australian authoritarian batting-exhibition in the first match, to South Africa’s miserly bowling-tactics in yesterday’s low-scoring affair; fans have had a taste of just about all kinds of on-field action available. Speaking of on-field brilliance, David Miller and Faf du Plessis’ spectacular fielding-collaboration at St. George’s Park warrants a special mention.

The former-South Africa captain’s effort stands directly in-line with the popular sports-notion, “Age is just a number”. The penultimate-delivery of the 18th-over; Mitchell Marsh clobbers Lungi Ngidi’s length-delivery into the night-sky. The trajectory appears set for a maximum- right until du Plessis dashes in from long-on, and collects the ball in a fabulous catch. The resultant impact, though, was a bit too much for his momentum. Faf parries away the ball with a quick backhand before falling inside the boundary-ropes. His neighbor fieldsman, David Miller, then makes an instant dive to complete the catch. Easy to follow? No. Amazing to watch? You get to decide that one:

Mitch’s dismissal; ironically; relieved Australia of a slow 14-run partnership of 12-balls at a time when the required run-rate soared to almost 10.5. But majorly, it was opener David Warner (67* off 56) who copped the most flack for his inability to accelerate. Warner started off-strong, collecting as many as 5-boundaries and a maximum until the 13th over. During the closing moments, however, the Proteas successfully rediscovered their yorkers and short-deliveries.

Warner’s struggles against this metaphorical pace-bowling ‘shackle’ are well-evident; it’s not often that you lose a match by 12-runs with an opener unbeaten on one-end.  Pacer Anrich Nortje capped off the proceedings with a stellar final over to seal the deal for the home-side. Captain Quinton de Kock emerged as the Man of the Match for his power-packed 70-run innings (47-balls, 5x 4s, 4x 6s).