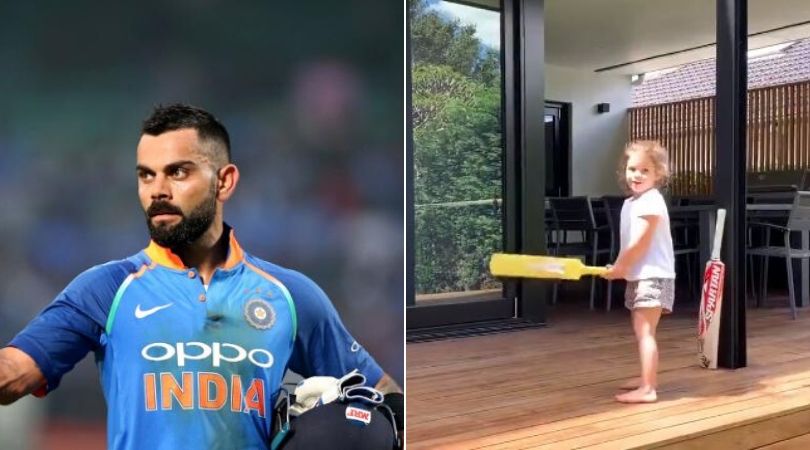 WATCH- David Warner’s Daughter Claims To Play Like Virat: Virat Kohli is one of the best batsmen to ever grace the game and has millions of followers around the World. In today’s time, many cricketers are following 31-year-old cricketer to be the fittest player and to have consistency in the game. At the same time, the Indian skipper also has a special fan.

Many modern-day cricketers want to become like Indian skipper. As the Virat’s fitness level and Virat’s consistency in-game makes him special from other cricketers, in results the youngster wants to be the next Virat Kohli. However, when it comes from someone like David Warner’s daughter, it is bound to leave everyone spellbound.

While posting on twitter Candice Warner wrote, “This little girl has spent too much time in India. Wants to be @imVkohli”.

This little girl has spent too much time in India. Wants to be @imVkohli pic.twitter.com/Ozc0neN1Yv

Virat Kohli had made his debut for India in 2008 and from that day he never looked back. His exceptional skills and talent made him special and that’s the reason that he is currently on number 1 spot in ODIs. Meanwhile, the Indian skipper is enjoying his time as he has given with some rest from cricketing career. He will join the team for the upcoming Test series against Bangladesh which is starting from 14th November.